Daniel Birk joined the Chicago-Kent faculty in 2018 as a visiting assistant professor of law. Most recently, he was a partner at Eimer Stahl LLP in Chicago, where he focused on antitrust litigation and other complex civil and criminal matters. During his time in private practice, he took a lead role in the defense of several large antitrust class actions; wrote dozens of briefs and petitions in federal district and circuit courts and the U.S. Supreme Court; argued before state and federal courts and represented clients before the U.S. Federal Trade Commission; and represented a prisoner seeking a new trial on the grounds that his murder confession was coerced by police torture. Previously, he clerked for the Honorable Kenneth F. Ripple of the U.S. Court of Appeals for the Seventh Circuit.

Birk's research focuses on the jurisdiction of federal courts, civil procedure, and the history of judicial institutions and influences in Great Britain, continental Europe, and the United States. He has published articles in the Yale Law Journal, Harvard Law Review, Northwestern University Law Review, and Villanova Law Review and has contributed chapters about antitrust law to American Bar Association publications and a chapter about non-contentious jurisdiction in the United States to Voluntary (Non-Contentious) Jurisdiction Around the World (Gorodets 2017). 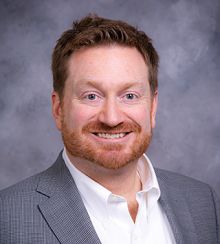