Professor Lee teaches international intellectual property law, copyright law, and trademark law. He joined IIT Chicago-Kent's faculty in 2010 as a professor of law and director of the Program in Intellectual Property Law. He was a visiting faculty member at Chicago-Kent during the fall 2009 term from The Ohio State University Moritz College of Law, where he was a professor of law.

Professor Lee's research focuses on the ways in which the Internet, technological development, and globalization challenge existing legal paradigms. He also writes extensively about the Framers' understanding of the Free Press Clause as a limit on using the Copyright Clause to restrict technologies. In addition to numerous articles, he co-authored a leading casebook with Daniel Chow titled International Intellectual Property: Problems, Cases, and Materials (West Group 2006).

Previously, Professor Lee was a legal writing instructor at Stanford Law School and an attorney at Stanford's Center for Internet and Society, where he supervised students involved in public interest litigation related to law and technology and the Internet. From 1996 to 1999, Professor Lee was a litigation associate in the Washington, D.C., office of Mayer, Brown & Platt, working at all levels of trial and appellate litigation, including cases before the U.S. Supreme Court. Immediately following law school, he clerked for the Honorable John T. Noonan Jr. of the U.S. Court of Appeals for the Ninth Circuit.

The Fight for the Future: How People Defeated Hollywood and Saved the Internet—For Now (2013) details the mass protests against the Stop Online Piracy Act (SOPA) and the Anti-Counterfeiting Trade Agreement (ACTA) in 2012.

Trademark Protection and Territoriality Challenges in a Global Economy (Edward Elgar 2014) (editor with I. Calboli).

The Global Trade Mark, 35 University of Pennsylvania Journal of International Law 917 (2014). Selected as one of the best law review articles related to intellectual property for inclusion in Intellectual Property Review (West 2015). 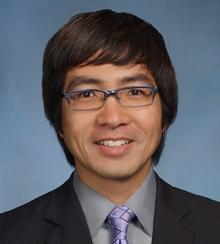