Elizabeth Friedman, Ph.D. focuses on Chicago and how immigration and innovation spurred the city to global status. She teaches students about Chicago’s mosaic of neighborhoods, exploring the concepts of multiculturalism, assimilation, segregation, and gentrification through a series of the field trips throughout the city.

Friedman is an adjunct professor of anthropology with a specialization in cultural material and cultural adaptation to the environment. Her interest in the relationship between ancient ceramic and metal technology led her to the laboratory to analyze the composition and manufacturing processes of artifacts. She has conducted research on archaeological material using high-energy X-rays at the Advanced Photon Source, Argonne National Laboratory, and is a member of the Center for Synchrotron Radiation Research and Instrumentation at Illinois Tech. Friedman has participated in archaeological projects in Turkey, Israel, Peru, and the United States.

Friedman is director of professional master’s programs and new initiatives for Illinois Tech’s College of Science. She is co-founder and past president of the National Professional Science Master’s Association, which promotes and supports the growth and development of professional science master’s degree programs. In her spare time, she trains in martial arts and self-defense. 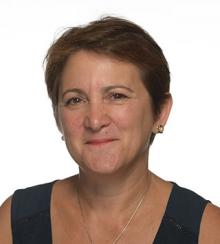