John Q. Mulligan joined the Chicago-Kent College of Law faculty in 2020 as a visiting assistant professor of law.

Prior to joining Chicago-Kent, Mulligan was an adjunct professor of law and the FedEx/United Airlines Resident Research Fellow at DePaul University College of Law. He was a training manager in the Administrative Office of Illinois Courts and oversaw production of the Illinois Judicial Benchbooks.

International Aviation’s Living Constitution: A Commentary on the Chicago Convention’s Past, Present, and Future, (with B. Havel) 15 ISSUES AVIATION L. & POL’Y 7 (2015).

The Cape Town Convention and the Risk of Renationalization: A Comment in Reply to Jeffrey Wool and Andrej Jonovic, (with B. Havel) 1 CAPE TOWN CONVENTION J. 81 (2014).

The End of Prosecutorial Discretion for Airlines: The DOJ’s Challenge to the AMR/US Airways Merger, 13 ISSUES AVIATION L. & POL’Y 31 (2013).

The Triumph of Politics: Reflections on the Judgment of the Court of the European Union Validating the Inclusion of Non-EU Airlines in the Emissions Trading Scheme, (with B. Havel) 37 AIR & SPACE L. 10 (2012). 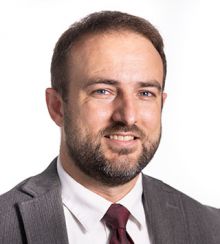