Karl Stolley, Associate Professor of information technology and management, regularly teaches courses on web design and development, information architecture, and humanizing technology. He directs Gewgaws Lab (http://gewga.ws), a digital design and development research group and physical lab space dedicated to investigating open-source technologies. Stolley is the author of the book How to Design and Write Web Pages Today (Greenwood Press 2011), which makes the argument for writers designing and developing websites at the source-code level according to Web standards. His publications have appeared in such journals as IEEE Transactions on Professional Communication, Journal of Business and Technical Communication, and Kairos: A Journal of Rhetoric, Technology, and Pedagogy. Stolley earned his doctorate from the rhetoric program at Purdue University in West Lafayette, IN, where he was webmaster of the world-renowned Purdue Online Writing Lab (OWL). He has also served as interface editor for Kairos and led its redesign, which was awarded the Council of Editors of Learned Journals’ Best Journal Design Award in 2008—the first Web-based journal to receive that distinction. Stolley maintains a Web presence at http://karlstolley.com/ and is on Twitter @karlstolley.

The rhetoric of programming languages

2008 Council of Editors of Learned Journals Best Journal Design Award, December 2008 (for work on Kairos: A Journal of Rhetoric, Technology, and Pedagogy).

How to Design and Write Web Pages, Greenwood Press (forthcoming). 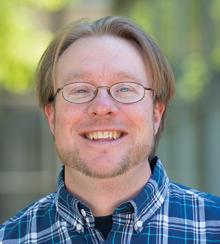