Professor Bailey joined the Chicago-Kent faculty in fall 2007. Prior to joining Chicago-Kent's faculty, she was a visiting scholar and adjunct professor at the University of Houston Law Center. She also practiced labor and employment law in Houston, Texas, where she was an associate at Fulbright & Jaworski LLP.

Professor Bailey's research focuses on how social, political and economic inequalities are reflected in criminal law. Her articles have analyzed gender violence, privacy, and aggressive surveillance of communities of color. She teaches criminal law, criminal procedure, and evidence at Chicago-Kent. In 2017, she received Illinois Institute of Technology's John W. Rowe University Excellence in Teaching Award.

Lost in Translation: Domestic Violence, "The Personal is Political," and the Criminal Justice System, 100 Journal of Criminal Law and Criminology 1255 (2010). Reprinted in Women and the Law (11th ed., 2011).

The Aftermath of Crawford and Davis: Deconstructing the Sound of Silence, 2009 BYU Law Review 1 (2009).

Criminal Law and Procedure;Evidence;Gender and Sexuality and the Law 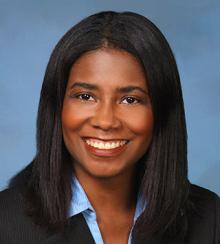