Professor Shapiro is the founder and co-director of Chicago-Kent's Institute on the Supreme Court of the United States (ISCOTUS). Her scholarship is largely focused on the institutions of our constitutional democracy, in particular the Supreme Court, and how those institutions interact, and has appeared in law reviews. She teaches classes in constitutional law, legislation and statutory interpretation, and public interest law and policy. She also is the faculty director of the Constitutional Democracy Project, a civic education project that provides programs, professional development, and educational materials to high school and middle school teachers and students.

Professor Shapiro is a frequent guest and commentator in the media. Recent appearances have include MSNBC, National Public Radio, C-SPAN’s Washington Journal, Sky News Daily Podcast, NBC News Now, CBC Radio, and many Chicago news outlets. Her commentary has been featured in the Washington Post, The Hill, CNN, and SCOTUSblog, among other places, and she has been quoted in numerous news articles in publications ranging from Reuters to NBCNews to the Chicago Tribune to Salon.com to Bloomberg.

From 2014 through mid-2016, Professor Shapiro served as Illinois solicitor general while on leave from Chicago-Kent. She has argued cases in the U.S. Supreme Court, the Seventh Circuit, the Illinois Supreme Court, and the Illinois Appellate Courts, and she maintains a small appellate practice, serving as Of Counsel to Schnapper-Casteras PLLC.

Professor Shapiro was a law clerk for then-Chief Judge Richard A. Posner of the U.S. Court of Appeals for the Seventh Circuit and for Justice Stephen G. Breyer of the United States Supreme Court. Prior to coming to Chicago-Kent in 2003, she worked as an associate with Miner, Barnhill & Galland, where she handled plaintiff civil rights cases, and as a Skadden Fellow with the National Center on Poverty Law.

The Limits of the Olympian Court: Common Law Judging versus Error Correction in the Supreme Court, 63 Washington & Lee Law Review 271 (2006). 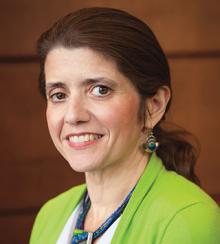