In the field of women's legal history, Felice Batlan is both subject and scholar. Her nine years of practical legal experience supplement her rigorous academic career, in which she has published and presented extensively on the topics of legal history, women in the legal profession, and feminist legal theory—occasionally appearing alongside such prominent feminist figures as Gloria Steinem. She has also provided expert commentary on numerous radio and television programs. Her new book, Women and Justice for the Poor: A History of Legal Aid, 1863–1945 (Cambridge University Press 2015), which won the prestigious 2016 Hurst Award for the best book in socio-legal history, explores the history of the development of legal aid in the United States and the significant and unknown role that women played as both providers and clients of legal aid.

Since coming to Chicago-Kent from Tulane Law School in 2006, Professor Batlan has immersed herself in a wide variety of subjects spanning law, financial regulation, and the humanities, serving as both director of the Institute for Compliance and co-director of the Institute for Law and the Humanities. Her teaching areas include U.S. legal history, gender and the law, feminist jurisprudence, corporations, business organizations, securities regulation, and contracts. She has taught courses internationally in Sienna, Paris, Guangzhou, Shanghai, Beijing, and Bangkok. She received Chicago-Kent's Excellence in Teaching Award in 2009 and IIT's Julia Beveridge Award for service to women students in 2008.

Professor Batlan was recently appointed as an associate editor and book review editor for the prestigious Law and History Review. Previously she has performed editorial duties for Continuity and Change, and for the Macmillan-Gale Encyclopedia of the Supreme Court of the United States, with responsibility for sections on women, gender and sexuality, and corporations. As a historian, she has served as both a consultant and a member of the Accession Committee for the U.S. Securities and Exchange Commission Historical Society.

As the first director of the Chicago-Kent Institute for Compliance, Professor Batlan has established a series of courses on compliance and financial markets, externships for students, and a lecture series open to the wider Chicago community of lawyers and compliance professionals. She is currently working on a compliance casebook to be used by law students, business students, and the industry.

Professor Batlan blogs at Thoughts on Women, Media, and the Law.

Winner of the James Willard Hurst Jr. Award for the best book in socio-legal history.

‘If You Become His Second Wife, You are a Fool’: Shifting Paradigms of the Roles, Perceptions, and Working Conditions of Legal Secretaries in Large Law Firms, 52 Studies in Law, Politics, and Society 169 (2010).

Law in the Time of Cholera: State Power and Quarantines Past and Future, 80 Temple Law Review 53 (2007).

Law and the Fabric of the Everyday: Settlement Houses, Sociological Jurisprudence, and the Gendering of Urban Legal Culture, 15 Southern California Interdisciplinary Law Journal 235 (2005).

A Journal of One’s Own? Beginning the Project of Historicizing the Development of Women’s Law Journals, 12 Columbia Journal of Gender and Law 430 (2003).

Gender and the Rise of the Welfare State in Fin-de-Siècle New York City: The Case of Tenement Regulation, in The Legal Tender of Gender: Welfare in Comparative Perspective (Mimi Abramovitz & Shelley Gavigan, eds., 2010).

Legal History and the Politics of Inclusion, 26 Journal of Women’s History 155 (2014) (reviewing Barbara Young Welke, Law and the Borders of Belonging in the Long Nineteenth Century United States (2010), Kenneth W. Mack, Representing the Race: The Creation of the Civil Rights Lawyer (2011), Jill Norgren, Rebels at the Bar: The Fascinating, Forgotten Stories of America’s First Women Lawyers (2013) and Serena Mayeri, Reasoning from Race: Feminism, Law and the Civil Rights Revolution (2011)). 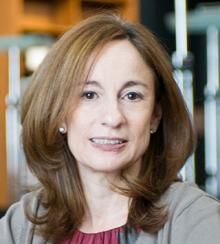