Harold Krent graduated from Princeton University and received his law degree from New York University School of Law, where he served as notes editor of the Law Review and garnered several awards for excellence in writing.

Krent clerked for the Honorable William H. Timbers of the U.S. Court of Appeals for the Second Circuit and then worked in the Department of Justice for the Appellate Staff of the Civil Division, writing briefs and arguing cases in various courts of appeals across the nation. He has been teaching full-time since 1987 and has focused his scholarship on legal aspects of individuals' interaction with the government. His book, Presidential Powers, is a comprehensive examination of the president's role as defined by the U.S. Constitution and judicial and historical precedents.

In addition, Krent has served as a consultant to the Administrative Conference of the United States. He has also litigated numerous cases with students on behalf of indigent prisoners.

Of Diaries and Data Banks: Use Restrictions Under the Fourth Amendment, 74 Texas Law Review 49 (1995). 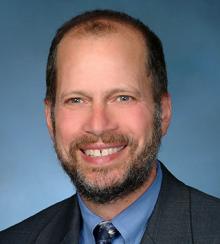