Katharine Baker is a distinguished professor of law. She is an expert in family law, particularly in the modern law of marriage and parenthood, and she has written extensively on sexual violence and misconduct, especially in the lives of young adults. Her work focuses on the intersection of women's intimate lives and the law.

Baker's articles have been published in numerous journals, including the Harvard Law Review, Yale Law Journal, University of Chicago Law Review, Minnesota Law Review, and Boston University Law Review. She is also the author of Family Law: The Essentials (with Katharine B. Silbaugh) and numerous book chapters.

Baker is a multiple award-winning teacher, having taught Contracts, Property, Family Law, Evidence, Gender and the Law, Sexual Orientation and the Law, Environmental Law, and numerous seminars on feminism.  She has also developed and taught several novel experiential courses designed to prepare law students with non-doctrinal skills they need to be successful professionals.

From 2001 to 2010, Baker was associate dean for faculty development at Chicago-Kent. She has visited at Yale Law School, the University of Pennsylvania Law School, and Northwestern Law School.

Prior to joining the Chicago-Kent faculty, Baker was an attorney for the Department of Justice and a law clerk to the Honorable Edward R. Becker of the United States Court of Appeals for the Third Circuit.

Homogenous Rules for Heterogeneous Families: The Standardization of Family Law When There is No Standard Family, 2012 University of Illinois Law Review 319 (2012).

Bionormativity and the Construction of Parenthood, 42 Georgia Law Review 649 (2008).

Bargaining or Biology? The History and Future of Paternity Law and Parental Status, 14 Cornell Journal of Law and Public Policy 1 (2004).

Asking What Before We Ask Why: Taxonomy, Etiology, and Rape, Annals of the New York Academy of Sciences (2003).

Consorting With the Forests: Rethinking Our Relationships to Natural Resources and How We Should Value Their Loss, 22 Ecology Law Quarterly 677 (1995). 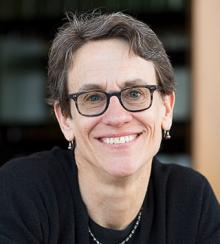