The ABA Journal describes Professor Lori Andrews as "a lawyer with a literary bent who has the scientific chops to rival any CSI investigator." She is an internationally recognized expert on emerging technologies. Her most recent book is I Know Who You Are and I Saw What You Did: Social Networks and the Death of Privacy (2012). She has created a Social Network Constitution.

Her path-breaking litigation about technologies caused the National Law Journal to list her as one of the "100 Most Influential Lawyers in America." In 2002, she won the National Health Law Teachers Award. In 2005, she was made an Honorary Fellow of the American College of Legal Medicine for her "distinguished achievement in the field of legal medicine."

Professor Andrews has been involved in setting policies for genetic technologies. She has been an adviser on genetic and reproductive technology to Congress, the World Health Organization, the National Institutes of Health, the Centers for Disease Control and Prevention, the federal Department of Health and Human Services, the Institute of Medicine of the National Academy of Sciences, and several foreign nations, including the emirate of Dubai and the French National Assembly. She served as chair of the federal Working Group on the Ethical, Legal, and Social Implications of the Human Genome Project. She served as a consultant to the science ministers of 12 countries on the issues of embryo stem cells, gene patents and DNA banking. She has also advised artists who want to use genetic engineering to become creators with a capital "C" and invent new living species. Her media appearances include "Nightline" and "The Oprah Winfrey Show" and virtually every major program in between.

Professor Andrews is the author of 11 nonfiction books, including Genetics: Ethics, Law and Policy (West Publishing 3rd edition) (co-authored with Maxwell Mehlman and Mark Rothstein). She is the author of more than 150 articles on biotechnology, genetics and social networks. Professor Andrews is also the author of three mysteries involving a fictional geneticist: Sequence (2006), The Silent Assassin (2007) and Immunity (2008). The Chicago Tribune said, "Blending elements of forensic-powered mystery, psychological suspense and a Ludlumesque espionage thriller, Andrews' newest is a page-turner with enough jaw-dropping plot twists to satisfy the most demanding mystery reader." Research on her latest novel took her from the White House to an institute for tropical biology in the jungles of Vietnam. She uses her fiction to address the social issues she covers in her legal work and teaching.

The "Progress Clause": An Empirical Analysis Based on the Constitutional Foundation of Patent Law, 15 North Carolina Journal of Law and Technology 537 (2014) (symposium).

Use a Health or Medical App? Your Data is Rarely Private, Chicago Tribune, August 3, 2016.

I Know Who You Are and I Saw What You Did: Social Networks and the Death of Privacy (2012). 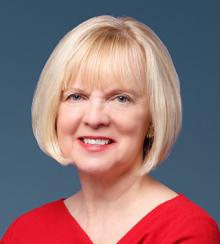