Prior to beginning her teaching career at the University of Southern California Law School, Professor Marder was a post-doctoral fellow at Yale Law School (1992–93) and a law clerk to Justice John Paul Stevens of the U.S. Supreme Court (1990–92). She also clerked for Judge William A. Norris on the Ninth Circuit Court of Appeals (1989–90) and Judge Leonard B. Sand in the Southern District of New York (1988–1989). In 1987–88, Professor Marder was a litigation associate at the New York law firm of Paul, Weiss, Rifkind, Wharton & Garrison.

Professor Marder's research and writing focus on the jury. She has written about many aspects of the jury, including peremptory challenges, jury instructions, jurors and technology, juror questions, jury nullification, post-verdict interviews of jurors, and jury deliberations. Her articles have appeared in such law reviews as Northwestern University Law Review, Iowa Law Review, Texas Law Review, Southern California Law Review, and Yale Law Journal, and she has organized four symposia in the Chicago-Kent Law Review: "The Jury at a Crossroad: The American Experience," "Secrecy in Litigation," "The 50th Anniversary of 12 Angry Men," and "Comparative Jury Systems." Professor Marder is the author of the book The Jury Process (2005), and she has written several book chapters on the jury and on juries and judges in popular culture. Professor Marder regularly presents her scholarship at conferences in the United States and abroad.

Professor Marder reaches a wide audience with her work on the jury. She is the founder and director of the Jury Center at Chicago-Kent, which informs scholars about new work on the jury and also undertakes special projects.

As Professor/Reporter for the Illinois Supreme Court Committee on Jury Instructions in Civil Cases since 2003, Professor Marder has helped to draft jury instructions for Illinois. She has also drafted jury instructions for the ABA, advocated successfully for rule changes affecting jurors in Illinois, given public testimony for proposed jury reforms, and served as a member on various jury advisory committees.

At Chicago-Kent, Professor Marder teaches a law school course called Juries, Judges & Trials, as well as a course on Legislation and another on Law, Literature & Feminism.

The Myth of the Nullifying Jury, 93Northwestern University Law Review 877 (1999).

Courts and Judges;Gender and Sexuality and the Law;Juries;Legislation;US Supreme Court 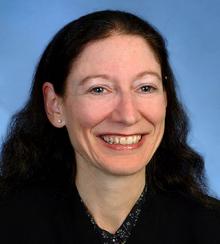