Professor Heyman is a 1984 graduate of Harvard Law School, where he was a Supreme Court editor of the Harvard Law Review. After graduation, he served as a law clerk to Judge Harry T. Edwards of the U.S. Court of Appeals for the District of Columbia Circuit and then as an associate at the Washington, D.C., law firm of Shea & Gardner. In 1989, he joined the faculty at Chicago-Kent, where he teaches torts, criminal law, legislation, constitutional law, and the First Amendment. He has also been a visiting law professor at the University of Colorado, Vanderbilt and Indiana University–Bloomington.

Professor Heyman is a leading First Amendment scholar who has written extensively about freedom of speech and other aspects of constitutional law. In addition to many law review articles, he is the author of Free Speech and Human Dignity (Yale University Press 2008) and the editor of Hate Speech and the Constitution (Garland/Rutledge 1996). Professor Heyman is a member of the board of advisers of the Chicago Lawyers Chapter of the American Constitution Society. 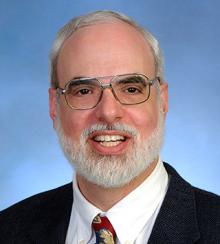