Lluís Ortega is associate Ppofessor at Illinois Tech in Chicago and visiting professor at the Universidad Torcuato di Tella in Buenos Aires. He previously taught at University of Illinois at Chicago, the Universitat Politècnica de Catalunya, the Universidad de Alicante, Harvard University, and the Akademie der Bildenden Künste, Vienna. He co-founded his practice F451 in 2000 and relaunched it as Sio2Arch in 2014 with Xavier Osarte and Esther Segura. His firm work has been awarded, published, and exhibited internationally. He has been responsible of several specialized publications. He is the author of Atlas of Suprarural Architecture, with Ciro Najle published by Actar in 2016 and of Total Designer, published by Puente Editores in Spanish and by Actar in English in 2017. Both projects were awarded by the Graham Foundation.

Graham Foundation for Advanced Studies in the Fine Arts Grant (2013, 2015)

Founder and Principal of of Sio2Architecture 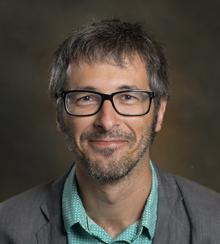