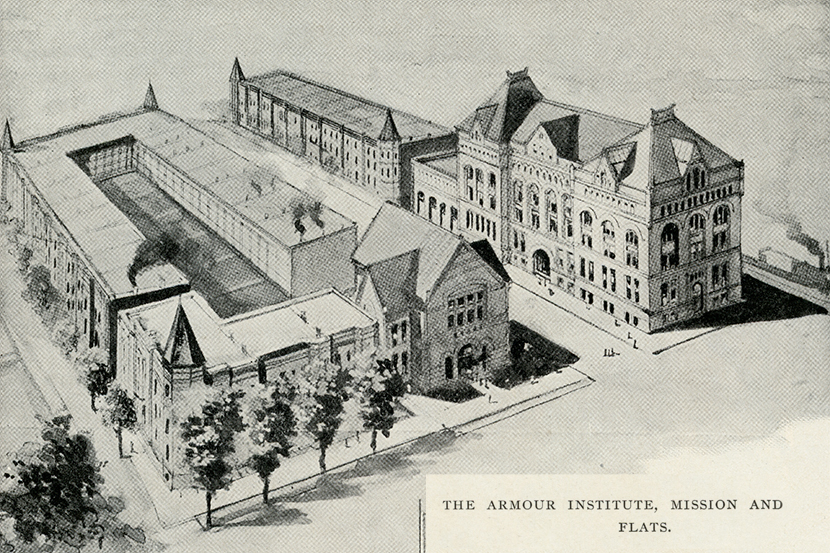 The Sermon and the Institute

In 1890 when advanced education was often reserved for society's elite, Chicago minister Frank Wakeley Gunsaulus delivered what came to be known as the "million dollar sermon." From the pulpit of his South Side church, near the site Illinois Institute of Technology now occupies, Gunsaulus said that with $1 million, he could build a school where students of all backgrounds could prepare for meaningful roles in a changing industrial society.

Illinois Tech was created in 1940 by the merger of Armour Institute and Lewis Institute. Located on the West Side of Chicago, Lewis Institute, established in 1895 by the estate of hardware merchant and investor Allen C. Lewis, offered liberal arts as well as science and engineering courses for both men and women. At separate meetings held by their respective boards on Oct. 26, 1939, the trustees of Armour and Lewis voted to merge the two colleges. A Cook County circuit court decision on April 23, 1940, solidified the merger.