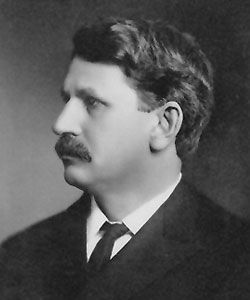 Frank W. Gunsaulus served as Armour Institute of Technology's first president for 27 years. A noted preacher, educator, pastor, author, and humanitarian, Gunsaulus inspired Philip Danforth Armour Sr. to found Armour Institute following his famous "million dollar sermon" in 1890. In that sermon Gunsaulus emphasized the need for the technician, trained and free to create in a rapidly-changing world. Over the next two years, he and Armour laid plans for what would become Armour Institute in 1892. During his presidency Gunsaulus presided over rapidly expanding areas of study including the Chicago School of Architecture, run in conjunction with the Art Institute of Chicago. Gunsaulus was a devoted trustee of the Art Institute and a collector of rare books and artwork. He donated many to Chicago-area institutions. 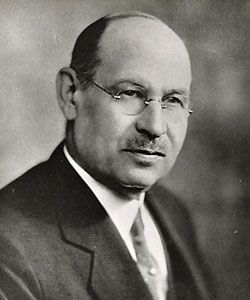 Following the death of Frank Gunsaulus in 1921 Howard Monroe Raymond was appointed acting president. He accepted the permanent role 14 months later and became Armour Institute's second president. A native of Michigan, Raymond moved to Chicago to join the school as an instructor of physics in 1895. He served as dean of engineering for 19 years before becoming president, a role he continued while president until 1927. During his leadership Raymond steered the school through some its most challenging financial years. The economy of the 1920s heavily impacted corporate support including that of the founding Armour family. But a major rallying effort by the growing Alumni Association brought in much-needed and stabilizing income. Raymond also presided over a Board of Trustees agreement to merge Armour Institute with the School of Engineering at Northwestern. Approved in 1926 the plan called for ambitious fundraising and spending for new buildings prior to a merger. The plan was abandoned by 1929. 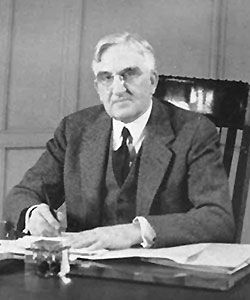 Willard E. Hotchkiss became Armour Institute's third president at a time when the school was still feeling the effects of the Great Depression. A political scientist and economist, he had been serving as dean of the graduate school of business at Stanford University. With considerable experience in dealing with business economic problems, Hotchkiss was considered the right choice at an important time in Armour Institute's history. Under his leadership, a department of social sciences and fifth-year courses in architecture and in chemical and civil engineering were established. While graduate-level courses had long been offered, few advanced degrees had been awarded. Hotchkiss led the expansion of study programs leading to master of science degrees. In his last year as president, the Research Foundation of Armour Institute of Technology was established to develop technological innovation for industry. Two years later the famous Snow Cruiser vehicle was engineered for use in Admiral Richard Byrd's South Pole expedition. 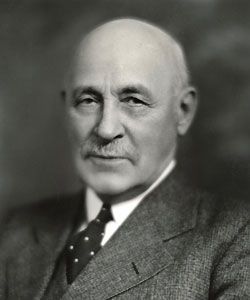 The life of George N. Carman is inextricably bound to the history of one of Illinois Tech's predecessor schools, Lewis Institute. Carman guided the destiny of the school for 40 years, from the day its doors opened in 1896 until his retirement in 1935. Though the term was not then used, Lewis Institute was the first junior college in the United States. It offered a four-year academy (high school) course, a two-year college program, and a four-year college program. Carman's leadership went beyond Lewis Institute. He was one of the originators of the North Central Association of Colleges and Secondary Schools. A protege of University of Chicago president William Rainey Harper, Carman was chosen to craft the original Lewis educational programs. Carman is also remembered for his scrupulous attention to the individual student. He talked personally with each student before admitting him or her to courses. An estimated 100,000 students attended the Institute at Madison Street and Damen Avenue during the four decades of his directorship. 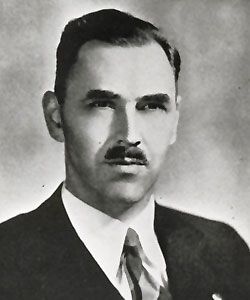 Following the retirement of George N. Carman, Lewis Institute looked to Dugald C. Jackson Jr. to lead the school as its second director. A native of Madison, Wisconsin, he was educated at Harvard University and at Massachusetts Institute of Technology. Jackson came to Lewis Institute from the University of Kansas, where he was head of the electrical engineering department, the same position held by his father at MIT. Addressing the First Assembly of the 1936–37 school year, Jackson noted that Lewis Institute must keep a vigilant eye on the courses offered, to ensure that students would be prepared to meet the needs of business and industry—not only at the time, but for the industries of the future. During his short term of leadership, Jackson also contributed to the organization of the faculty, clarifying the roles of department heads within the institute. 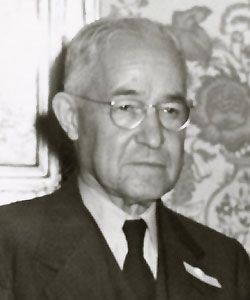 Fred A. Rogers was associated with Lewis Institute for more than 40 years. A Michigan native, he studied engineering, math, and physics at the University of Michigan. At Lewis Institute he taught math, physics, electricity, and electrical engineering and was dean of engineering for several years before assuming the co-directorship. The next year, Alex D. Bailey, chairman of the Lewis Board, announced plans to merge the school with Armour Institute of Technology. As Armour Institute president Henry Heald assumed the leadership of the combined schools in 1940, Rogers continued his association as dean of Armour College of Engineering. 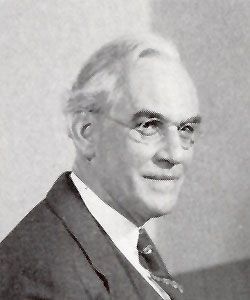 Like Fred A. Rogers, Clarence L. Clarke had a long teaching history at Lewis Institute before joining Rogers as co-director in 1938. A New York native, Clarke studied philosophy, psychology, and education. He later received a Ph.D. in education from the University of Chicago. Before coming to Lewis Institute in 1928 he held a number of teaching posts in education, including positions at the University of Washington, Lewiston State Teachers College, Beloit College, and the University of Michigan. He was named head of the department of education at Lewis in 1935 and dean of liberal arts in 1936, a position he held concurrently while co-director. With the merger of Armour and Lewis institutes in 1940, Clarke was named dean of Lewis Institute Arts and Sciences.