Marc S. Buslik is a retired 39-year veteran of the Chicago Police Department (CPD), most recently the District Commander of the 19th (Town Hall) District on the city’s North Side. Just prior to this assignment he was the department’s liaison to the United States Department of Justice during their civil rights investigation of the CPD. Before that he was the District Commander of the 14th (Shakespeare) District on the City’s Northwest Side. His CPD assignments have included Patrol, Investigative Services, Narcotics, Intelligence, Internal Affairs, Research and Development and Information Technology units.

He was on CPD’s inaugural Commission on Accreditation of Law Enforcement Agencies implementation team. He was also a department terrorism liaison officer, a member of the FBI’s Terrorism Liaison Officers Committee and was on the Chicago Joint Terrorism Task Force.

Buslik has served as a consultant and project leader for public safety units in cities, towns, and counties in several states and currently is lead instructor for radiation and nuclear incident response training funded by the U.S. Department of Homeland Security for first responders in Chicago, Cook County, and Illinois.

He has authored or contributed to more than a dozen publications on topics related to policing and criminal justice and has given numerous presentations at academic symposiums and at conferences and seminars sponsored by professional associations and governmental agencies at the local, state, and national level.

In addition to teaching in the Master of Public Policy and Administration program at Illinois Tech, Buslik has taught in the Department of Criminology, Law, and Justice at the University of Illinois at Chicago and the Division of Mathematics and Technology at Oakton Community College. 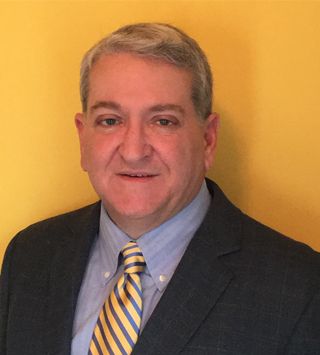