Martin Felsen is a fellow of the American Institute of Architects and director of UrbanLab, an architecture and urban design firm based in Chicago. UrbanLab is involved in projects at all scales, ranging from large, urban infrastructural plans to residential, commercial, and recreational projects. Felsen’s professional work blends design and research to produce uniquely progressive, site-specific projects, resulting in a new aesthetic for environmentally resilient architecture, landscapes, and public space. His recent book, titled Bowling, speculates on ways to realign architecture and infrastructure with dwindling natural resources. He was awarded the American Institute of Architects College of Fellows Latrobe Prize, the History Channel’s “City of the Future” competition, and many design awards from the American Institute of Architects. Felsen’s work has been published and exhibited widely, including in the 2010 and the 2012 Venice Architecture Biennale and the 2015 and 2017 Chicago Architecture Biennial. 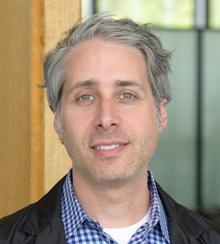