Professor Arets is an internationally renowned architect and educator. He graduated from the Eindhoven University of Technology in the Netherlands in 1983, and established his own office that same year, which later expanded throughout Europe. His writings and projects are regularly published globally. Since 1989 he has continually taught at the world’s most distinguished universities. From 1995-2001, he was dean of the Berlage in Rotterdam, and from 2012-2017 was dean of the College of Architecture at Illinois Institute of Technology. An eminent critic, Professor Arets was the president of the jury for the 2012 Venice Biennale of Architecture, chair of the jury for the 2013 European Union Prize for Contemporary Architecture—Mies van der Rohe Award, and in 2014 he established, together with IIT Architecture, the Mies Crown Hall Americas Prize, of which he is president of the board. 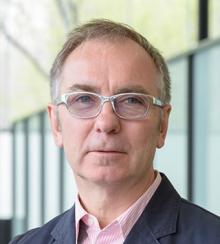