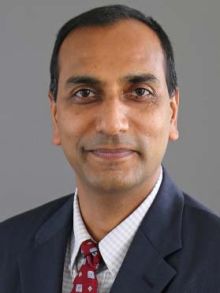 The Department of Mechanical, Materials, and Aerospace Engineering will host Pradeep R. Guduru, professor of engineering at Brown University, for a seminar titled “Dynamic Strength of Energetic Material Simulants: Experiments and Modeling” on Wednesday, February 8, 2023, from 3:30–4:30 p.m. in Room 104 of the John T. Rettaliata Engineering Center.

While the mechanical behavior of energetic materials and their simulants has been widely studied under normal impact, their shearing response under large pressures and shear strain-rates remains unexplored. Such measurements are crucial to inform constitutive models that aim to predict hot-spot formation and ignition behavior of energetic materials subjected to multi-axial loading. In this study, the dynamic strength of hydroxyl terminated polybutadiene (HTPB, an elastomeric binder), monolithic sucrose (an energetic material simulant), and their composites, under normal stresses of 3-10 GPa and their shear strain rates of the order of 105-106 s-1 is studied. While the shearing resistance of HTPB increases steadily under large shear strains, the shear strength of sucrose and the composites show a dramatic fall. The loss of shear strength of sucrose is attributed to the formation of shear localization. The shearing resistance of HTPB is shown to be highly pressure sensitive whereas that of sucrose shows relatively small sensitivity to pressure. Moreover, at normal stresses of 9-10 GPa, the shear strength of HTPB becomes similar to that of sucrose and beyond these normal stresses, a transition in the localization and failure modes of the composite is expected. A viscoelastic model with pressure-dependent shear wave speeds and shearing resistance is used to describe the experimentally observed dynamic response of HTPB. A thermodynamically consistent constitutive model is presented to model the thermoelastic and thermo-viscoplastic response of sucrose. A complete Mie-Gruneisen equation of state is employed to model the volumetric behavior while the deviatoric response is captured through a modified Johnson-Cook model. The material model captures experimental observations and predicts localization in the form of adiabatic shear bands, which explains the sharp drop in shearing resistance of sucrose observed in the experiments. The talk will also present development of a high-speed microscopy technique for quantitative imaging of dynamic events at high spatial and temporal resolutions simultaneously and its application to image initiation of a shear localization event from a notch tip in polycarbonate.

Pradeep R. Guduru earned his Ph.D. in aeronautics (minor: materials science) from Caltech in 2001. Following a postdoctoral position in the Division of Engineering at Brown University, he joined the solid mechanics faculty there in 2002. Current problems of interest in his lab include those at the interface between mechanics and chemistry for energy technologies; materials and structures under extreme environments; and multi-metal additive manufacturing for synthesis of materials with designed microstructures. Guduru served as the chair of the ASME Applied Mechanics Division (2021–22) and as a member of the Board of Directors of the Society of Engineering Science (2014–16). He serves on the editorial advisory boards of the Journal of the Mechanics and Physics of Solids and Acta Mechanica Sinica. 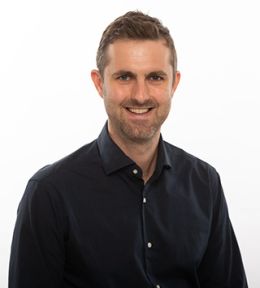