Making the World a Better Place, One Design at a Time 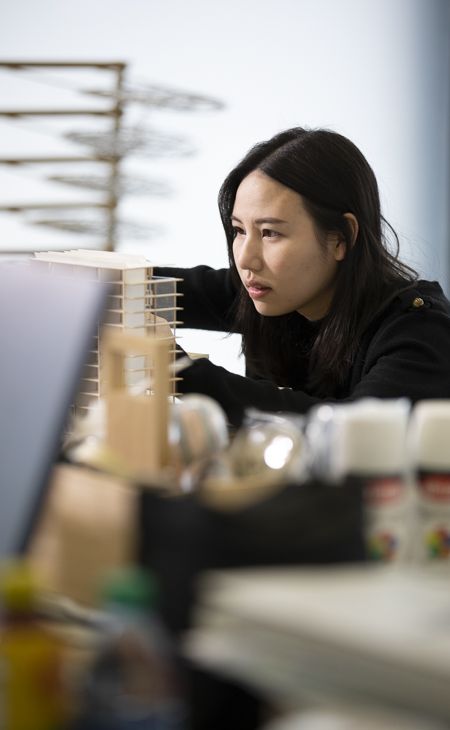 After excelling in her fourth-year studio project, Rattanathumawat received an honor from the Association of Collegiate Schools of Architecture reimagining a contaminated build site in Chicago.

Growing up, Prim Rattanathumawat (Architecture 5th Year) says she always had an interest in architecture; her father, after all, was a civil engineer. But when her home country of Thailand was hit with heavy flooding during the monsoon season of 2011, she witnessed firsthand how architects and engineers worked with communities to inform new flood-resistant designs.

“As a result, many communities have survived and live safely in the age of increasing floods,” says Prim. “From then, I understood how design has the power to transform lives and enhance communities.”

Prim learned about Illinois Institute of Technology and its architecture legacy while working toward her bachelor's in architecture at a university in Thailand. After finding out about the school’s transfer program from one of her professors, Prim decided to make the move to Chicago.

Since transferring, she has excelled, having consistently achieved dean’s list status and landing internships at firms such as ZGF Architects in New York and Fieldwork Design Group in Chicago. Most recently, her fourth-year studio project, completed in partnership with fellow student Botato Sun (Architecture 5th Year), received second place in an Association of Collegiate Schools of Architecture design competition for a proposed design at the former South Works steel mill in Chicago.

“The award will certainly help push me further toward my future career goal,” says Prim. “I want to be a good architect and make the world a better place, and I am grateful that the effort has been recognized.”