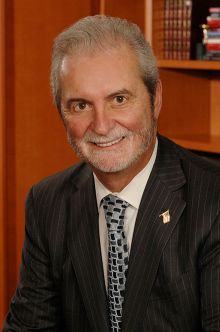 John Calamos is chairman and global chief investment officer of Calamos Investments, the firm he founded in 1977. With origins as an institutional convertible bond manager, Calamos Investments has grown into a global asset management firm with institutional and individual clients worldwide. Headquartered in Naperville, Illinois, the firm also has offices in New York, San Francisco, Milwaukee, and the Miami area.

Calamos established research and investment processes centered around a team-based approach designed to deliver superior risk-adjusted performance over full market cycles through a range of United States and global investment solutions including equity, fixed income, convertible, and alternative strategies. As a pioneer in convertible securities, Calamos launched one of the first convertible funds in 1985 as a way to manage risk for clients in volatile times. He also established one of the first liquid alternative funds in 1990, reflecting a focus on innovation that continues to this day. Calamos has built a reputation for using investment techniques to control risk, preserve capital, and build wealth for clients over the long term.

With more than 50 years of industry experience, he is often quoted as an authority on risk-managed investment strategies, markets, and the economy. He is a frequent speaker at investment conferences around the world and appears regularly on CNBC, Bloomberg TV, and Fox Business Channel. He has authored two books, Investing in Convertible Securities: Your Complete Guide to the Risks and Rewards and Convertible Securities: The Latest Instruments, Portfolio Strategies, and Valuation Analysis.

Prior to entering the investment industry, Calamos served in the U.S. Air Force. During the Vietnam War, he served as a forward air controller, with responsibilities for guiding accurate air strikes and preventing injuries to friendly troops. His squadron was the first to fly the Cessna O-2, an aircraft in which he recorded more than 400 missions in combat. Calamos was awarded the Distinguished Flying Cross for “extraordinary achievement while participating in aerial flight under heavy hostile attack.” His Air Force career included five years of active duty flying B-52 bombers and 12 years in the reserves flying A-37 jet fighters. He retired as a major.

In addition to receiving many awards for his accomplishments as an entrepreneur, he has been honored for his lifetime philanthropic contributions by organizations including the Panarcadian Federation of America and the American Hellenic Educational Progressive Association. He was inducted as an archon of the Ecumenical Patriarchate with the Order of St. Andrew the Apostle in 2015. Calamos was the first Vietnam veteran to receive the Jaharis Service Award from the Washington Oxi Day Foundation. In his honor, the foundation established the Calamos Service Award to specifically recognize a Vietnam veteran every year.

Calamos received a B.A. in economics and an M.B.A. in finance from Illinois Institute of Technology, where he has established endowed chairs in philosophy and business and is also a member of the Board of Trustees. He received an honorary doctorate in humanities from Hellenic College Holy Cross. 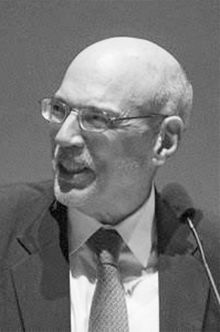 Fred Eychaner is a longtime activist whose work has benefitted Chicago and the nation for more than 40 years.

Eychaner is chairman of Newsweb LLC and president of Alphawood Foundation Chicago, and is known for his philanthropy, especially in support of LGBTQ organizations, HIV support organizations, arts institutions, public spaces, and historic preservation.

He has also had a lifelong dedication to preserving the architectural heritage of Chicago and the United States. He led efforts in the 1990s to restore and protect Louis Sullivan’s masterpiece Auditorium Theatre. Under Eychaner’s leadership, the Alphawood Foundation led the comprehensive restoration of Frank Lloyd Wright’s Unity Temple in Oak Park, Illinois.

Before his death, Louis Kahn designed Four Freedoms Park to honor President Franklin Delano Roosevelt on Roosevelt Island in the East River of New York across from the United Nations. The project floundered for many years until Eychaner and Alphawood stepped in to provide funding and technical support to staff the organization and to become the lead donor in realizing Kahn’s amazing vision.

President Barack Obama appointed Eychaner a general trustee of the John F. Kennedy Center for the Performing Arts in September 2010 and reappointed him in 2016. Eychaner is one of the first openly gay members of that board. Eychaner served as co-chair of the Kennedy Center’s Architect Selection Committee and is a member of its Building Committee.

Eychaner is a former board member of the Illinois ACLU, an early board member and leader of the AIDS Foundation of Chicago, and a founding board member and former chairman of the Joffrey Ballet. He also serves on the board of the Art Institute of Chicago, as a trustee of the Asian Art Museum in San Francisco, and on the Visiting Committee for Asian Art of the Metropolitan Museum of Art in New York. In 2015 Eychaner was inducted into the Chicago LGBT Hall of Fame.