Bronzeville, also known as the “Black Metropolis” and the “Black Belt,” is the center of African-American history on Chicago’s South Side, just 10 minutes south of downtown. While the boundaries of Bronzeville are debatable, there is general agreement that the heart of Bronzeville is from 31st Street south to Pershing Road and east from today's Dan Ryan Expressway to Lake Michigan. Many consider Bronzeville to stretch from 18th Street all the way south to 67th Street.

The Great Migration, when African Americans left the South for Chicago with the promise of better jobs and reduced oppression, began in 1916. The reality, however, fell far short of these promises, as conditions were still repressive and segregated. African Americans were restricted to live in the Black Belt in white-owned housing that was largely dilapidated and densely populated yet more expensive than housing in white areas.

Forced to live in this isolated area, Bronzeville’s residents toiled hard and cooperatively to establish a full-fledged community with business, culture, and community institutions that did not have the racial restrictions enforced in most parts of the city. Bronzeville’s institutions grew to have national influence rivaling, and even exceeding, those of New York’s Harlem.

Today’s Bronzeville is undergoing a revitalization driven by entrepreneurial African Americans who value its rich history and are dedicated to keeping that history and its lessons alive for generations to come. Renovated and restored historic homes complement new housing open to all income levels. Architectural landmarks, many of which have been restored, include the original Chicago Defender Building, Unity Hall, the Chicago Bee Building, Overton Hygienic Building, Michigan Boulevard Garden Apartments, The Forum, the Wabash Avenue YMCA, and the Supreme Life Building. Restaurants, shops, and other local businesses have begun to flourish, but Bronzeville's profound history remains the primary draw for both locals and tourists.

Bronzeville's Golden Oldies—Take a brief “stroll” down Memory Lane with University Archivist Mindy Pugh as she discusses—and plays—some of the music that put 1920s Bronzeville on the country’s jazz map.

The Mecca Flats—Learn about the Mecca Flats apartment building and its role in Bronzeville and Illinois Institute of Technology history. Learn how recent archaeological findings have revealed a slice of life from the 1950s, and view the artifacts and images from the press conference below. 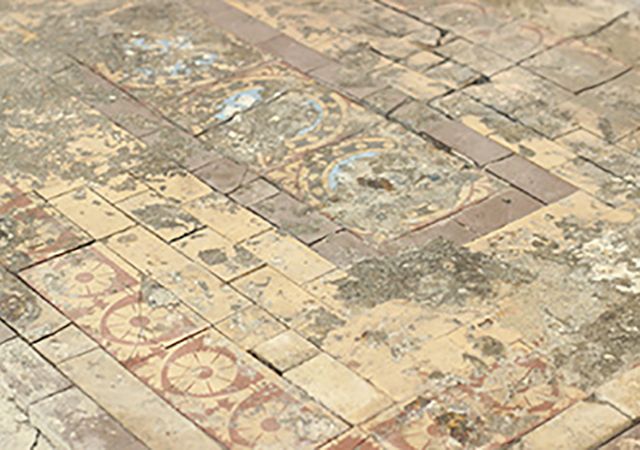 Read more about the artifacts from the historic Mecca Flats apartments unearthed at IIT near S.R. Crown Hall