Alan received his BS in Metallurgy from Strathclyde University, Glasgow, in 1975, his Ph.D. in Materials Science from the University of Pennsylvania in 1979, and subsequently spent 7 years managing research within the steel industry.

In 2008 Alan joined the Illinois Institute of Technology as its Provost and the Finkl Professor of Materials Science and Engineering. In 2015 he became President of the Institute.

He is the author of over 200 publications and 2 patents. He was the recipient of the AISI Medal in 1985 and 1986 and the Robert Woolston Hunt Award in 1987. He was awarded the Benjamin Richard Teare Award at CMU for excellence in engineering education in 1995. Alan was the President of the Iron and Steel Society in 2000. He was the John Elliott lecturer in 2002. In 2003 he was awarded the Benjamin Fairless Award.  Alan became President of the American Institute of Mining, Metallurgy and Petroleum Engineers (AIME), was chairman of the University Materials Council, and a board member of ABET in 2005. In 2007 he gave the Henry Marion Howe lecture of AIME/AIST. In 2012 he gave the Brimacombe lecture of AIST.  He is a Distinguished Member or Fellow of AIST, AIME,  ASM,  The American Association for the Advancement of Science (AAAS), The National Academy of Inventors (NAI), and the Iron and Steel Society of Japan (ISIJ).

Fellow of the Iron and Steel Institute of Japan (ISIJ)

Fellow of the National Academy of Inventors (2015)

Fellow of the National Academy of Engineering (2014)

John A. Clark and Edward T. Crossan Professor of Engineering,

Distinguished Member and Fellow of ISS (2000)

John Farrel Award of ISS, in recognition of leadership in the Process Technology Division of ISS 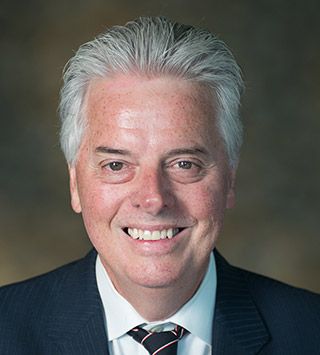