Dr. Himes’ expertise is in the areas of demography of aging, family care giving, and patterns of health and mortality in later life. Her recent research examines the role of obesity in health and functioning at older ages. She has served as a consultant to the Bureau of the Census and to the Secretary of Health and Human Services. Her work on aging and health has appeared in several sociology and gerontology journals. Himes received her Ph.D. in demography and sociology from the University of Pennsylvania in 1989. Himes was a faculty member of the Pennsylvania State University from 1989 to 1995. She joined Syracuse University in 1995 where she served as Director of the Center for Policy Research (2009-2012).

At Syracuse she was awarded the Daniel Patrick Moynihan award for outstanding junior faculty member in 1999 and was recognized as University Scholar/Teacher of the Year in 2007. In 2008 she was named Maxwell Professor of Sociology in recognition of her contributions in teaching, research, and service to the Maxwell School. She is a Fellow of the Gerontological Society of America and serves on the Board of Scientific Counselors for the National Center for Health Statistics.

Himes, Christine L. and Sandra L. Reynolds. 2012. “The Impact of Obesity on Falls, Injury, and Disability.” Journal of the American Geriatrics Society

Farkas, Janice I. and Christine L. Himes. 1997. “The Influence of Caregiving and Employment on the Voluntary Activities of Midlife and Older Women.” Journal of Gerontology: Social Sciences 52B:S180-S189.

Miles, Toni P. and Christine L. Himes. 1995. “Biological and Social Determinants of Body Size Across the Life Span--A Model for the Integration of Population Genetics and Demography.” Population Research and Policy Review 14:327-346.

Himes, Christine L. 1994. “Age Patterns of Mortality and Cause of Death Structures in Sweden,Japan, and the United States.” Demography 31:633-650

Himes, Christine L. and Thyne S. Rutrough. 1994. “Differences in the Use of Health Services by Metropolitan and Nonmetropolitan Elderly.” Journal of Rural Health 10:80-88. 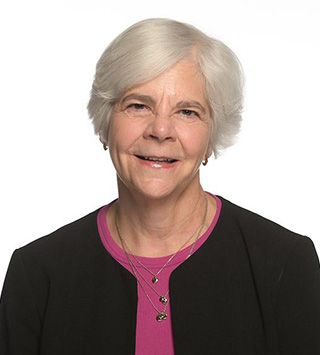