Before retiring in 2022, Darsh Wasan led the university's international initiative, serving as Illinois Institute of Technology's chief ambassador. Wasan is a member of the U.S. National Academy of Engineering and the Indian National Academy of Engineering. Since joining the Illinois Tech faculty in 1964, he has made wide-ranging contributions: In 1988, he secured a gift of a five-building campus from CPC International, Inc., and, with an initial grant of $3.7 million from the U.S. Food Drug Administration, founded an innovative national center for research and education in food safety (now called the Institute for Food Safety and Health), which became a model for cooperation among academe, industry, and government. In 1997, he initiated the delivery of cutting-edge master’s programs to India via distance learning. He established global centers in India, Europe, China, and Korea; forged relationships with universities around the world; and increased international enrollment from 15 percent to 50 percent of Illinois Tech’s total enrollment in the fall of 2015. In his 51 years at Illinois Tech, he has also held nearly every leadership post, including department chair, dean of engineering, vice president for research and technology, provost, and senior vice president for academic affairs.

Wasan came to the U.S. from India as an undergraduate. He earned his B.S. at the University of Illinois (1960) and his Ph.D. at the University of California at Berkeley (1965). He has coauthored more than 400 publications, including a textbook Interfacial Transport Processes and Rheology with David Edwards (Ph.D. 1987) and Howard Brenner, and holds 10 patents.

Wasan has supervised and mentored more than 60 doctoral students, 65 M.S. students, and 15 postdoctoral fellows. His numerous awards include the U.S. Food and Drug Administration Commissioner’s Special Citation, the American Chemical Society National Award in Colloid and Surface Chemistry, the American Institute of Chemical Engineers Alpha Chi Sigma Award for Fundamental and Applied Research, the American Society for Engineering Education Chemical Engineering Division Lectureship Award, the Western Electric Fund Award for excellence in instruction of engineering students, and the Illinois Tech Excellence in Teaching Award. He served as editor-in-chief of the Journal of Colloid and Interface Sciencefor more than 20 years.

Darsh Wasan's has research interests in the areas of interfacial and colloidal phenomena, foams, emulsions and dispersions, and food and environmental technologies. His research activities included:

Stability of thin liquid films containing surfactants, proteins, polymer latexes, or nano-particles is being investigated using reflected light microinterferometric techniques. These experiments have revealed for the first time the formation of "ordered" microstructures inside the film over distances of the order of one thousand Angstroms. This microstructure within the film is shown to provide a new mechanism for stabilizing dispersed phase systems. Monte Carlo and Molecular Dynamic simulations are conducted to verify the experimental observations. Important technological factors affecting the ordered microstructure formation and stability of colloidal dispersions such as foam, and emulsion and colloidal suspensions using nanoparticles are being investigated. The National Science Foundation, which funded his research, awarded Wasan a special creativity award for this work and he was elected to the National Academy of Engineering, the highest professional honor for engineers, for his research accomplishments.

Wetting, Spreading and Adhesion of Nanofluids on Solid Surfaces

Mechanisms of wetting, spreading and adhesion of fluids containing nanoparticles such as surfactant micelles, proteins and macromolecules are found to be different than those from wetting of normal fluids. A new mechanism of detergency involving nanoparticles structuring phenomena is being investigated. This research has applications in cleaning of hard surfaces such as silicon wafers and soil remediation as well as in adhesion of living cells on solid surfaces and fabrication of nanostructured materials such as photonic crystals. This research was highlighted in his paper published in the journal Nature in 2003.

Film Rheology and its Applications

This research program involved the development and use of a novel experimental technique called film rheometry to measure both the dynamic film tension and film elasticity of surfactant, proteins and polymeric systems. Applications of these properties can be used to control dispersed phase systems such as polymer emulsion stabilization, coalescence of water-in-oil emulsions, foam stability, antifoaming, and thinning of films between bubbles or drops.

Wasan conducted environmental research on the remediation of high-level and low-level nuclear wastes, which were be immobilized into glass. Major inorganic and organic chemicals in these wastes can cause foaming and gas entrainment problems that ultimately result in excessive shutdown and loss of attainment. The specific aim of this research, which was supported by the U.S. Department of Energy, was to develop a fundamental understanding of the physicochemical mechanisms that produce foaming and air-entrainment in the radioactive waste separation as immobilization process and to develop and test advanced antifoam/defoamimg rheology modifier agents.

Many food formulations including beverages such as beer, cappuccino, and milk coffee employ protein-stabilized foams and emulsions. Wasan's research in food colloids was directed towards using experimental techniques already available in our laboratory to study the foam and emulsion quality and stability under various conditions in a variety of food dispersions. This work was supported by a number of industrial organizations.

Wetting, spreading and adhesion of liquids containing nanoparticles on solids 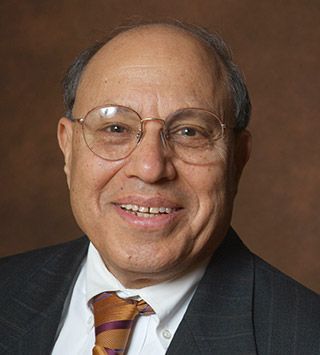