Hamid Arastoopour is Henry R. Linden Professor of Engineering and Director of Wanger Institute for Sustainable Energy Research (WISER) at Illinois Institute of Technology (IIT) in Chicago, Illinois. Since 1985, he has been a member of the chemical engineering faculty at IIT, where he served as chairman of the department from 1989 to 2003, and Dean of the Armour College of Engineering from 2003 to 2008.

He began his research activities at the Institute of Gas Technology (IGT) in the experimental measurement, mathematical modeling and simulation of pneumatic conveying and fluidized bed systems associated with coal conversion and gasification processes. His main research expertise is in the area of computational fluid dynamics (CFD) of multiphase flow and particle technology—an area motivated by energy and environmentally related applications and documented in more than 100 publications and 13 U.S. patents.

He currently serves on the editorial board of Powder Technology Journal. A fellow of the American Institute of Chemical Engineers (AIChE), he has received a number of national awards including the Donald Q. Kern Award in Heat Transfer and Energy Conversion, the Fluor Daniel Lectureship in Fluidization and Fluid/Particle Systems, the Fluidization Processes Recognition Award, and the Ernest W. Thiele Award. He also received IIT’s excellence in teaching award in 1992.

2018 - AIChE Sustainable Engineering Forum (SEF) Research Award in recognition of outstanding basic or applied research relative to the sustainability of products, processes, or the environment.

2015- AIChE Thomas Baron Award in Fluid-Particle Systems, sponsored by Shell Global Solution, awarded in recognition of outstanding scientific/technical accomplishment that has made a significant impact in the field of fluid particle systems or in a related field with potential for cross fertilization.

2003 - AIChE Fluidized Processes Recognition Award, sponsored by DOW Chemical, awarded in recognition of significant contribution to the science and technology of fluidization or fluidized processes, and who has shown leadership in the engineering community.

2001 - AIChE Donald Q. Kern Award. Awarded in recognition of expertise in heat transfer and energy conversion and the contributions leading to advances in engineering.

1997 - Ernest W. Thiele Award of the AIChE local section, sponsored by Amoco Corporation; awarded in recognition of original and significant contributions to the practice of the chemical engineering profession in the Midwest

“The critical contribution of chemical engineering to a pathway to sustainability,” H. Arastoopour, Chemical Engineering Science, 203 247–258 (2019).

Numerical Simulation and Analysis of the Effect of Rain and Surface Property on a Wind-Turbine Airfoil’s Performance,” A.C. Cohen and H. Arastoopour, International Journal of Multiphase Flow, 81,46-53 (2016).

Studying the pulverization mechanism of rubber with a modified design of the solid-state shear extrusion process” Trapti Chaubey and Hamid Arastoopour , Journal of applied polymer science, 119, 1075-1083 (2010).

On the Consequences of Limiting Chain Extensibility of Vulcanized Rubbers: Stiffening, Self Homogenization, and Coupling of Strain Components,” E. Bilgili, B. Bernstein and Hamid Arastoopour, Journal of Elastomers and Plastics, 40, 77-93 (2008). 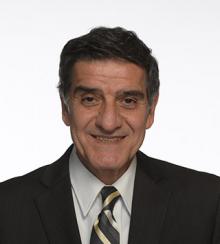