Hassan Shanechi joined the Department of Electrical and Computer Engineering at Illinois Institute of Technology in August 2007. His general area of research is nonlinear and intelligent systems. He has been especially active in the area of power system dynamics and security. He has done extensive research in analyzing stressed power systems and explaining their behavior when heavily loaded. He has also done research in power system planning and maintenance scheduling. 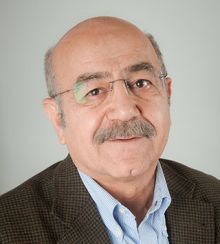