Laura Forlano is a tenure-track assistant professor of design at the Institute of Design at Illinois Institute of Technology. In 2012 and 2013, she was a visiting scholar in the comparative media studies program at Massachusetts Institute of Technology. Her research is on emergent forms of organizing and urbanism enabled by mobile, wireless and ubiquitous computing technologies with an emphasis on the socio-technical practices and spaces of innovation. She is co-editor with Marcus Foth, Christine Satchell and Martin Gibbs of From Social Butterfly to Engaged Citizen: Urban Informatics, Social Media, Ubiquitous Computing, and Mobile Technology to Support Citizen Engagement, which was published by MIT Press in 2011.

Forlano’s research and writing has been published in peer-reviewed journals including The Information Society, Journal of Community Informatics, IEEE Pervasive Computing, Design Issues, and Science and Public Policy. She has published chapters for books including editor Mark Shepard’s Sentient City: Ubiquitous Computing, Architecture, and the Future of Urban Space  and the Architecture League of New York’s Situated Technologies pamphlet series and is a regular contributor to their Urban Omnibus blog.

One of Forlano’s current projects, “Designing Digital Networks for Urban Public Space,” in collaboration with Anijo Mathew is focused on the use of urban technology for citizen engagement. Another project, “Design Collaborations as Sociotechnical Systems,” which was funded by the National Science Foundation, is an international comparative study that focuses on the role of technology in supporting networks of designers in New York, Barcelona and Brisbane. Forlano was part of a collaborative project “Breakout! Escape from the Office” that was included in The Architecture League of New York’s Toward the Sentient City exhibition in 2009.

Social dimensions of emerging technologies, values in design and science and technology studies.

Forlano, Laura. 2017. “Posthumanism and Design.” She Ji: The Journal of Design, Economics, and Innovation. Special Issue on Transforming Design Matters.

Forlano, Laura. 2016. “Decentering the Human in the Design of Collaborative Cities.” Design Issues 32(3). 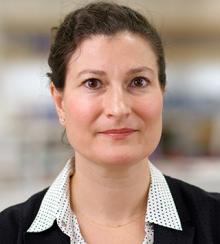