Margaret Power is a professor of history who focuses on Latin America, women, and gender. Her earlier work explored why a large number of Chilean women opposed the socialist government of Salvador Allende (1970-73) and supported the military dictatorship of Augusto Pinochet (1973-1990). She also explored various expressions of the global and transnational Right. She recently co-authored a book on Norvelt, a New Deal community in southwest Pennsylvania named for Eleanor Roosevelt. She is currently writing a book titled Solidarity across the Americas: The Puerto Rican Nationalist Party vs. U.S. Colonialism.

Learning about and doing historical research

College of Arts and Sciences Award for Teaching, December 2013

Right-Wing Women: From Conservatives to Extremists around the World, co-edited with Paola Bacchetta. Routledge Press, 2002.

“Editors’ Introduction”; "If people had not been willing to give their lives for the patria or there had not been the political prisoners, then we would be nothing”'; “From an early age, I had this idea about Puerto Ricanness: Interview with José E. López". Radical History Review. No. 128, May 2017.

“Who but a Woman? The Transnational Diffusion of Anti-Communism among Conservative Women in Brazil, Chile and the United States during the Cold War,” Journal of Latin American Studies, Volume 47, Issue 01, February 2015, pp. 93 – 119.

“Puerto Rican Women Nationalists vs. U.S. Colonialism: An exploration of their conditions and struggles in jail and in court,” Chicago Kent College of Law Review, 2012.

“Last but Not Least: The Fight to Release Oscar López Rivera,” NACLA Report on the Americas Vol. 44, No. 1, January/February 2011.

“The U.S. Movement in Solidarity with Chile in the 1970s,” Latin American Perspectives, November 2009.

“The Engendering of Anti-Communism and Fear in Chile’s 1964 Presidential Election,“ Diplomatic History, November 2008. 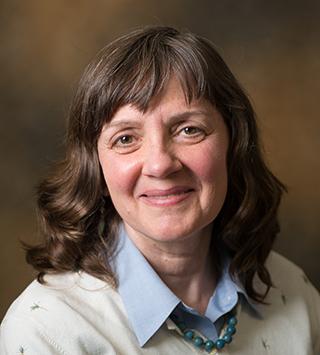