My goal of establishing a research program in experimental particle physics at IIT was simplified by our proximity to the Argonne and the Fermi Laboratories. The first experiments were performed at the Argonne National Laboratory where IIT collaborated on a liquid helium bubble chamber using stopping K-mesons together with the first large superconducting bubble chamber magnet. This was later followed by productive neutrino interaction experiments at Fermilab on neutrons and protons using a deuterium filled 15-ft bubble chamber. In other experiments at Fermilab, a variety of particle detectors were used from holographic bubble chambers to state of the art high data rate counter devices. A recent experiment E-871 involves a search for CP violation in hyperon decays. A huge data sample of 100 terabytes is being analyzed to improve the sensitivity of this measurement by a factor of 100. Currently, the group led by Professor Kaplan is involved in a number of diverse experiments. My interests continue with neutrinos and the planned participation of my colleagues in the reactor experiments at Double Chooz and Daya Bay are in this area. A list of over 200 research papers authored or co-authored can be found in SPIRES http://www.slac.stanford.edu/spires.

More recently, education research has become my primary area of interest. To advance the goal of improving undergraduate education by making the lecture more interactive, Professor Leon Lederman and I promoted the use of wireless keypads in the lecture room. After almost a decade of effort, consisting of publications and more than 20 talks at American Association of Physics Teachers (AAPT) conferences, we were able to stimulate the development and use of RF wireless keypads for this purpose. In the last few years there has been an explosion in the use of these devices. Today millions of RF wireless keypads are used in a wide variety of classrooms.

Many of my education activities are associated with the AAPT and involve committee memberships, presentations, and session organization. One example is a session organized at several annual meetings entitled the ‘Art and Science of Teaching’ that has involved lectures by prominent physics teachers and physics education researchers.

At the University of Texas where I spend a few months a year, there are many opportunities to evaluate the extensive use of wireless RF keypads. In addition, there is participation in the TRC advisory board (Texas Regional Collaborators for Excellence in Science Education) that impacts the science education of hundreds of thousands of high school students in the state of Texas.

One unique experience in a multi-faceted teaching career was teaching physics to architects after the first energy crisis in the 1970’s, The course that was developed involved a broad study of energy in society for the first semester, in addition to basic general physics, In the second semester, in addition to basic physics, the focus was on solar energy, in particular the design of a passive solar residence. Coupled with the design aspects were detailed calculations of solar energy inputs and all the possible heat losses and gains of the structure. Almost all the material presented then still represents a relevant and timely teaching approach for current architecture students. 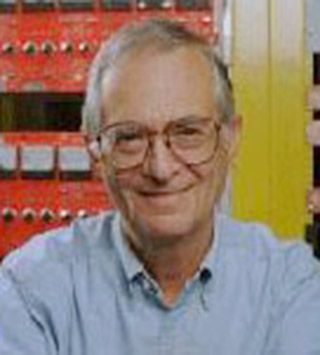