Segerstrale is a Fellow of the World Academy of Art and Science and a member of the European Academy of Sciences and Arts and the Finnish Society of Sciences and Letters. Her research has been supported by the John Simon Guggenheim Foundation, the American Philosophical Society, and the Rockefeller and Sloan foundations, among others. She is the recipient of the Illinois Tech Board of Trustees Outstanding Undergraduate Teaching Award (2017), the Julia Beveridge Award, and other awards for teaching, leadership and research.

At Illinois Tech she has served as chair of the Social Sciences Department and co-director of Illinois Tech's first Summer in Paris program. Earlier positions included acting chair of sociology at Abo Akademi University, Finland; Distinguished Senior Researcher at the National Academy of Finland; fellow of the Center for Interdisciplinary Research (ZIF) in Bielefeld, Germany; visiting professor of the Swiss Federal Institute of Technology (ETH) in Zurich; and Fulbright Fellow. She currently serves on the editorial boards of a number of academic journals.

Segerstrale has given over 150 academic presentations, including keynote addresses at international conferences and lectures in academic lecture series, among others to the International Council of Science (ICSU), the Royal Swedish Academy of Science, the Royal Society of New Zealand, the Swiss Federal Institute of Technology (ETH) and the European Microbiological Laboratory (EMBL). Her topics lie typically at the intersection of the Two Cultures; they include science and values, collaboration between scientists, humanists and social scientists, the ethics of research, social aspects of architecture and design, the social impact of emerging technologies, and the future of human nature. Among her current interests is education for the 21st century, and identifying and nurturing creativity.

She is the author of over 100 academic publications. Her books include Defenders of the Truth: The Battle for Science in the Sociobiology Debate and Beyond (Oxford, 2000), Beyond the Science Wars: The Missing Discourse about Science and Society (SUNY Press, 2000) and Nonverbal Communication: Where Nature Meets Culture (Erlbaum, 1997). Defenders of the Truth has been translated into Japanese, Beyond the Science Wars into Chinese, and Nonverbal Communication into Hungarian. Her newest book, Nature's Oracle, an intellectual biography of the evolutionist W.D. (Bill) Hamilton ("Darwin of the 20th century"), was published by Oxford University Press in 2013 (paperback 2015).

The future of education

Social aspects of architecture and design

Defenders of the Truth: The Battle for Science in the Sociobiology Debate and Beyond (Oxford: Oxford University Press, 2000).

Beyond the Science Wars: The Missing Discourse about Science and Society, Editor and contributor (Albany: SUNY Press, 2000).

Reviews of Nature’s Oracle: The Life of W. D. Hamilton: 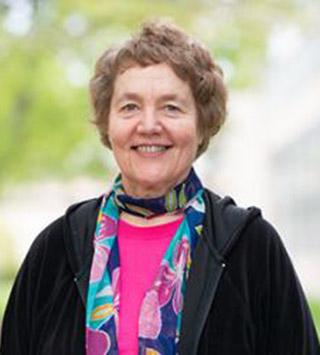