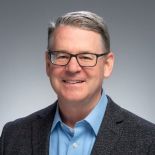 Abstract: High temperature molten salts were some of the first liquids to be studied in the 1960s and 1970s using the newly invented methods of molecular dynamics and Monte Carlo simulations. Simple salts such as 1:1 alkali halides were particularly attractive systems to model, given computational and algorithmic limitations of the time and the availability of experimental data against which computed properties are compared. Furthermore, there was a great deal of interest in understanding how charged fluids could be modeled computationally and whether both thermodynamic and transport properties could be captured using potentials that consisted of separate terms to treat long-range Coulombic interactions and shorter-ranged repulsion and dispersion interactions. Despite their importance in applications such as metal processing, heat transfer, and nuclear power, molten salt research fell out of favor, only to be replaced at the turn of the 21st century by low temperature “ionic liquids” – a new type of molten salt that was liquid at room temperature. Ionic liquids share many of the same properties as their high temperature cousins, but they also can have both polar and non-polar domains, giving them some unique solvation properties. Due to their low melting temperature, it is also much easier to study ionic liquids than molten salts. In this talk, I will demonstrate how molecular simulations can help us understand how the thermophysical properties of high temperature molten salts and low temperature ionic liquids depend upon things such as structure, charge density, and composition. Motivated by applications such as battery electrolytes, solvents for gas separations, and safer nuclear energy generation, I will show how molecular simulations, machine learning, and advanced experimental characterization methods are helping us better understand these fascinating charged fluids.

Short Biography: Edward Maginn is the Keough-Hesburgh Professor in the Department of Chemical and Biomolecular Engineering at the University of Notre Dame. His research group develops and applies advanced molecular simulation methods to study the structure and thermophysical properties of charged fluids. Maginn was a pioneer in the use of molecular simulations to investigate ionic liquids and holds several patents in the field. He is a Fellow of both the American Institute of Chemical Engineers and the American Association for the Advancement of Science. He serves as a Senior Editor of the Journal of Physical Chemistry and is a Trustee and President of the non-profit CACHE Corporation.