ChBE - Mohammad Asadi invites you to a Zoom Seminar 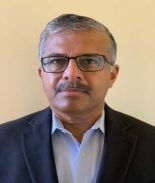 The era of quantum computing could be said to have dawned in October 2019 when Google reported that their quantum computer did a task in 200 s that would take the fastest supercomputer in the world (at that time) 10,000 years. This was the first report of what is called the Quantum Advantage, the demonstration that a quantum computer can solve a problem (irrespective of its usefulness) that a classical computer cannot. Although it has been known for about three decades that some quantum algorithms would run exponentially faster than their classical analogs, this was the first demonstration on a physical device. A second demonstration was reported in December 2020 by a group of physicists from China whose quantum computer did a (different) task in 200 s that would take a classical computer 2.5 billion years. Such incredible feats result from the exploitation of quantum phenomena that have no classical analogs. Eventually, quantum computing may solve currently intractable practical problems such as factoring large numbers or elucidating complex chemical reaction mechanisms. Fully error tolerant quantum computing that can tackle such problems are a decade or more away. However, the pace of development of quantum computing has recently quickened. In this seminar I will introduce the basic concepts of quantum computing – such as qubits, superposition, interference, entanglement, and quantum gates and circuits – and explain a basic quantum algorithm to illustrate exponential speed up. I will also briefly survey recent developments in the field and discuss potential applications in energy research.

Madhava Syamlal (Syam) is Senior Fellow for Computational Science and Engineering at National Energy Technology Laboratory. He holds a B.Tech degree in chemical engineering from IIT (BHU), India and MS and PhD degrees from Illinois Tech, Chicago. He has made numerous contributions to the theory and numerical techniques of multiphase computational fluid dynamics (CFD) and to the open-source CFD software MFIX. He led the development of Aspen Plus® and FLUENT® co-simulations and was the founding Technical Director of the Department of Energy (DOE) Carbon Capture Simulation Initiative. Currently, he is a principal investigator under DOE’s Exascale Computing Project. He is a fellow of American Institute of Chemical Engineers (AIChE) and the recipient of numerous awards, including three R&D 100 awards, DOE Secretary’s Achievement Honor