Professor Emerita Martha Evens was among the earliest faculty members in the Illinois Institute of Technology's Department of Computer Science, tirelessly working to build the department over decades of dedicated teaching, research, and service. Her research in artificial intelligence and natural language processing was pivotal in the early development of computational lexicography and of intelligent tutoring systems, and she is the devoted and beloved teacher and mentor of hundreds of students.

To honor her legacy, her students and colleagues have endowed the annual Martha Evens Distinguished Lecture Series in Computer Science. Honorees are  internationally renowned computer scientists whose contributions have broad impact both within and beyond the bounds of the discipline.

During the last 20 years there has been increased interest in estimating the intent of human motion (as part of human action) during the man-machine interaction. The main motivation has been to prepare the robot to act safely and to be as helpful as possible during their interaction with the human.

While the control community has had predictive control formulation (the literature on this topic is quite rich) unfortunately this formulation is based on the assumption that one has the knowledge of the dynamics of the system. This of course is not the case for humans. As we all know humans are many times unpredictable. However, during the last 20 years, thanks to brain imaging techniques such as MRI, fMRI, EEG, and more, neuroscientists, psychologists, and cognitive scientists have identified unconscious signals in the cortex that are precursors to humans in their motion planning. We have reviewed a selected list of those articles and will give the essence of what is known today. One fundamental observation we can already make is that while during the 20th century the prevalent modus operandi both for behavioral psychologists and roboticists was the stimulus-response, perception-action cycle, the 21st century hypothesis is combination of feedforward and feedback, action–perception, hence anticipatory behavior in addition to reactive behavior. 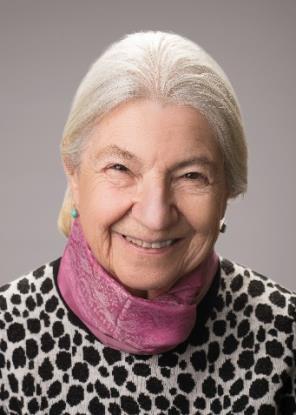 Ruzena Bajcsy is the NEC Distinguished Professor of Electrical Engineering and Computer Sciences at the University of California, Berkeley. Before joining UC Berkeley, she headed the Computer and Information Science and Engineering Directorate at the National Science Foundation (1999–2001). From 1972 to 2001 she was a professor in the Computer and Information Science Department at the University of Pennsylvania, where she established in 1978 the General Robotics, Automation, Sensing, and Perception (GRASP) Lab. As director of the GRASP lab she fostered interdisciplinary research activities and attracted faculty from electrical and mechanical engineering as well as psychology/cognitive science and of course computer science. Throughout her 28 years at UPenn she worked on robotics research, including computer vision, tactile perception, and in general the problem of system identification. Her current research is in the use of robotic technology, namely measuring and extracting noninvasively kinematic and dynamic parameters of individual in order to assess their physical movement capabilities or limitations. Among many awards she is the recipient of the Benjamin Franklin Medal for Computer and Cognitive Sciences (2009) and the IEEE Robotics and Automation Award (2013) for her contributions in the field of robotics and automation.

Note: Face coverings will be required. Even if you are fully vaccinated, all students, staff, faculty, and guests must wear a face covering indoors. The university will review and revise the mask protocol as appropriate given changes to state and city public-health guidelines.