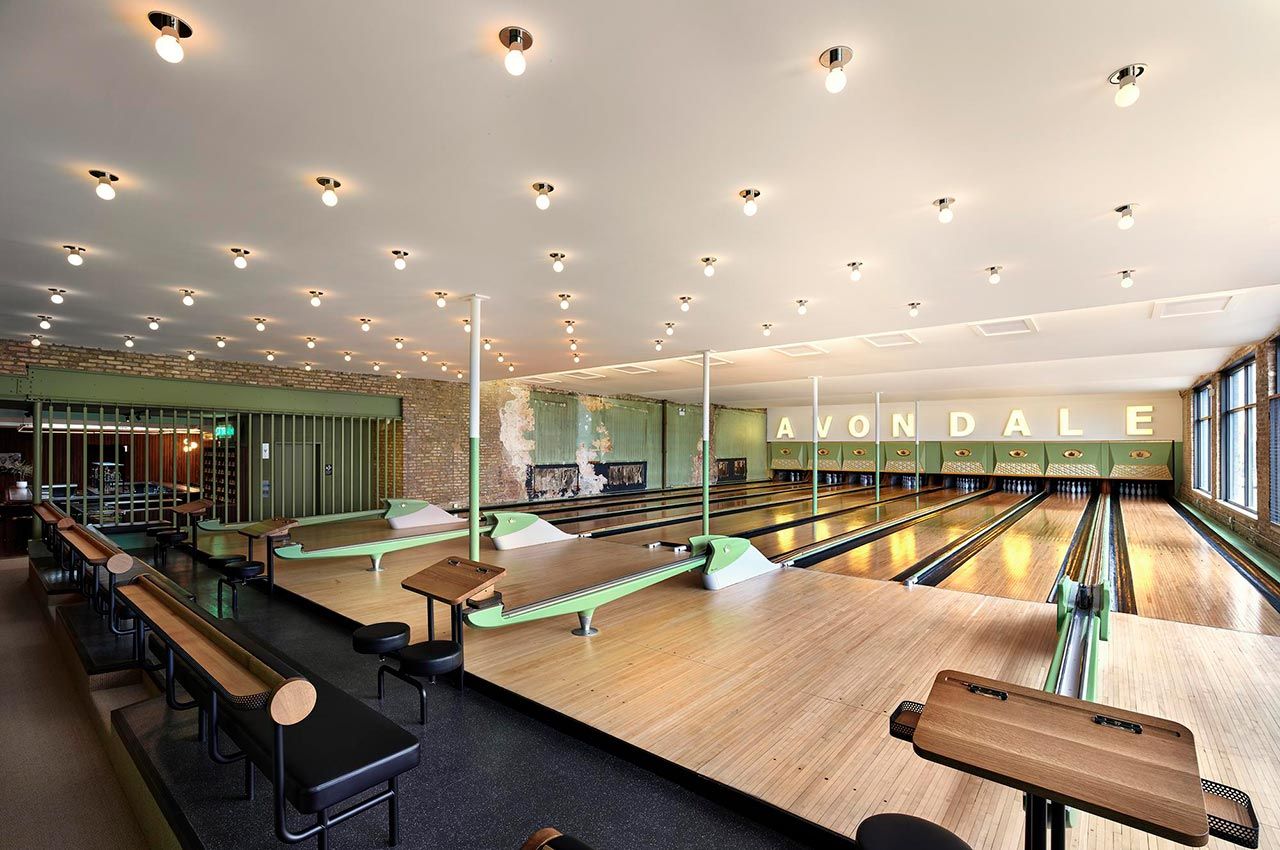 The Chicago chapter of the American Institute of Architects recently announced the recipients of its 2020 Small Project Awards program, which seeks to recognize architectural excellence in projects designed by Chicago-based firms with 10 employees or fewer. This year several projects designed by Illinois Institute of Technology College of Architecture faculty members and alumni—who either lead or help run their respective practices—walked away with Citations of Merit or Honor Awards.

Situated on the second floor of a building in Chicago’s Avondale neighborhood, Avondale Bowl was a forgotten space recently revived by RANGE Design & Architecture. The firm—consisting of architects Casimir Kujawa (a former College of Architecture faculty member), Patrick Johnson, Le Nguyen, and College of Architecture Adjunct Professor Mason Pritchett—worked collaboratively to preserve elements of the original space while imbuing it with modern finishes.

“We begin the design process with an effort to understand the context within which we are working, and this is particularly important with adaptive-reuse projects,” says Pritchett. “At Avondale Bowl this meant investigating the historical qualities of the space, the structure, and materiality of the building. From there, we developed a palette and organizational framework to unify old and new forms."

Inspired by the 19-acre parcel of prairie land on which it sits, the Lake Geneva Residence by Jeff Klymson (M.ARCH. ’06) takes the form of a single-story farmhouse comprising three connected forms, each with a gabled roof inspired by vernacular agricultural buildings. The interior, meanwhile, is uncluttered and clad in white walls and light wood finishes to draw eyes to the surrounding landscape.

“The College of Architecture combines technical and creative into the curriculum, which yields a skillset very appropriate to the market today,” says Klymson. “It was the combination of the M.ARCH. program and nine years of teaching in the undergraduate curriculum that provided the foundation from which I connect with daily.”

Tasked with turning a dilapidated Chicago two-flat in Chicago’s Southport neighborhood into a single-family home, Adjunct Professor Vladimir Radutny and the team at his eponymous firm had their work cut out for them: there was a dearth of natural light, unlevel surfaces throughout, and disjointed floor plates.

“Every rehab project is a construction challenge, as one never really truly knows how straight or level the walls or floors are when evaluating the existing structure. Our clients desired a very minimal and precise outcome, which led us to rebuild everything on the inside, retaining only three of the four exterior walls,” says Radutny.

The team then punched out extra openings to allow more natural light in, while using lighter palette materials and design intervention throughout, such as open riser stairs to give the interior a much more open, light, and continuous feel than before.

Radutny and his firm were also the recipients of a Citation of Merit for his renovation to a unit in the Ludwig Mies van der Rohe-designed 900/910 North Lake Shore Drive apartment buildings. As such, the interior makes use of an open layout divided by white oak elements reminiscent of the dividers in Mies’ iconic S. R. Crown Hall.

“In this particular renovation we tried pretty hard to find an appropriate direction given the desire of our clients and their expectations having seen our work in other Mies-renovated units. Through the design process, we settled on exploring an architectural expression of planes and surfaces, a visual reading that encompasses the entire space,” says Radutny. “Getting the precision we desired was a challenge. That is always the case, but this project was slightly harder given its context.“

Josh Hutchison (M.ARCH. ’06) was so inspired by his time at the College of Architecture that he named his practice, 34-TEN, after 3410 South State Street, where he completed his master’s thesis. “This experience set the stage for establishing my own practice; there was never any doubt about going out on my own,” he says.

This year 34-TEN was recognized for its work on the Newport Coffee House in Evanston, Illinois. The space maintains a juxtaposition of lab-like minimalism—inspired by the shop’s use of high-end machinery, such as Slayer espresso machines—and Scandinavian design, inspired by the owner’s Scandinavian heritage and the work of Finnish architect and designer Alvar Aalto.

“I always appreciated the tactile nature of Aalto’s work, which inspired the vertically oriented radiused boards and warm wood textures. There is a desire to run your fingers across these warmer elements, yet the space feels precious and untouchable. It was a great tension to experiment with,” says Hutchison. 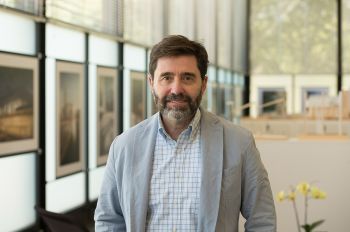 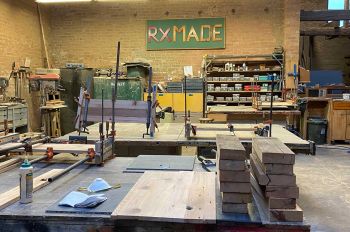