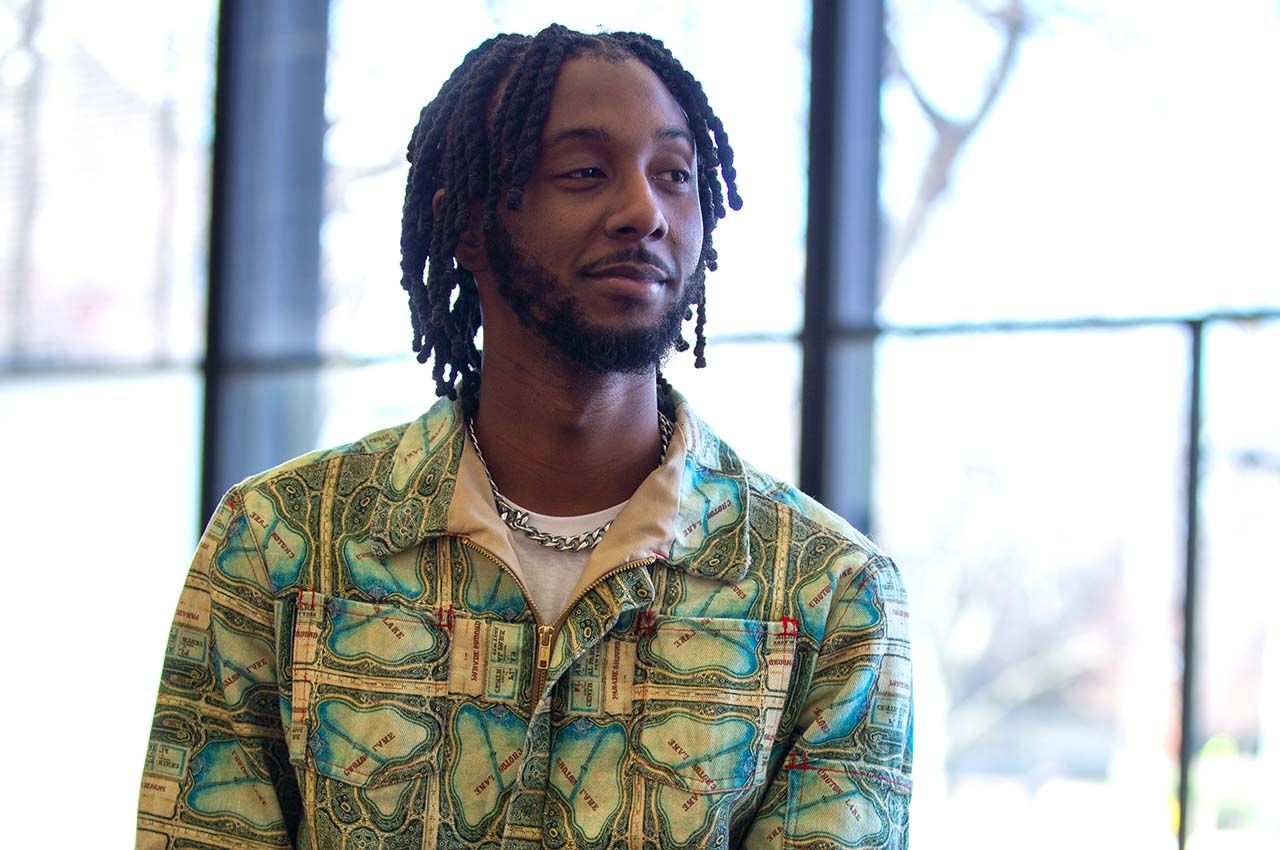 Davey Friday (M.L.A.+U. ’22) wasn’t making the strides that he wanted to after graduating from Roosevelt University with a biology degree in 2016.

Friday’s creative side was outpacing the biology career he thought he wanted: his artwork was selling out in Chicago’s underground art scene. He showcased his work at more than 50 independent art shows organized at local restaurants and shops. “They’re not institutions and galleries people traditionally think of [for art shows], but these pop-ups are almost always from art lovers trying to showcase some new talent,” Friday says.

Despite the success, he decided to go back to school. Friday first thought that more education in biology would mean new opportunities, so he came to Illinois Institute of Technology at 24 years old to get a master’s degree.

As he prepared for the first semester, his mother reminded him of the dream job he had in first grade: “You wanted to be an architect. What happened to that?” Friday agreed that a life change was needed. “I didn’t want to do biology full time, but I still liked it. I found out about [the Master in Landscape Architecture and Urbanism Program] two months before school started and jumped in,” he says. It took some time for Friday to adjust to the discipline and rigor that architecture ties to creativity. He was used to a more relaxed and leisurely environment while painting.

But he continued working through courses and soon fell in love with landscape architecture. A lesson from Senior Lecturer in Architecture Leslie Johnson sticks in Friday’s mind. “She taught me there is experience in failing. The fear of failure went away, and I was gaining confidence,” Friday says.

The M.L.A.+U program combines what Friday enjoys about biology—the ecological footprint, sustainability, and how humans interact with the environment—with the artistry and design that he grew to love in the underground art scene. He was drawn particularly to the idea of high-level urban design. “I’m thinking of whole chunks of cities as opposed to one building. I’m not confined to designing the most minute details in a wall assembly,” he says.

Despite the program’s demands, Friday still finds time for another passion: clothing. He has designed his own clothes since high school, starting first with screen printing and embroidery. Now he can cut, sew, and handcraft his own shirts, pants, and coats.

Friday is happy to put his creativity on display in any medium, he says. “It’s visual design, whether it’s outdoors, clothes, or art on the wall. I want to communicate my ideas visually, get those ideas out of my head and into people’s eyes. Now I have a Swiss Army knife of ways to deliver those ideas,” he says.

Friday had an internship with Omni Workshop that showed him a side of architecture outside of the school’s studio—the importance of community involvement and well-made project proposals for local governments. “[Students] work with members of the local community, but we weren’t going to town hall meetings or going through the deep emotions of understanding the community,” Friday says.

Friday plans to work for a design firm immediately after graduation, but his eyes are set on a doctorate degree, likely from a program at the University of Michigan. “I want to be in a unique position to lead change on a very urban level, almost regional scale,” Friday says. “There are no [Ph.D.’s] in my family, and I want to break that.”