A Bridge to the Bauhaus—and Its Ideas 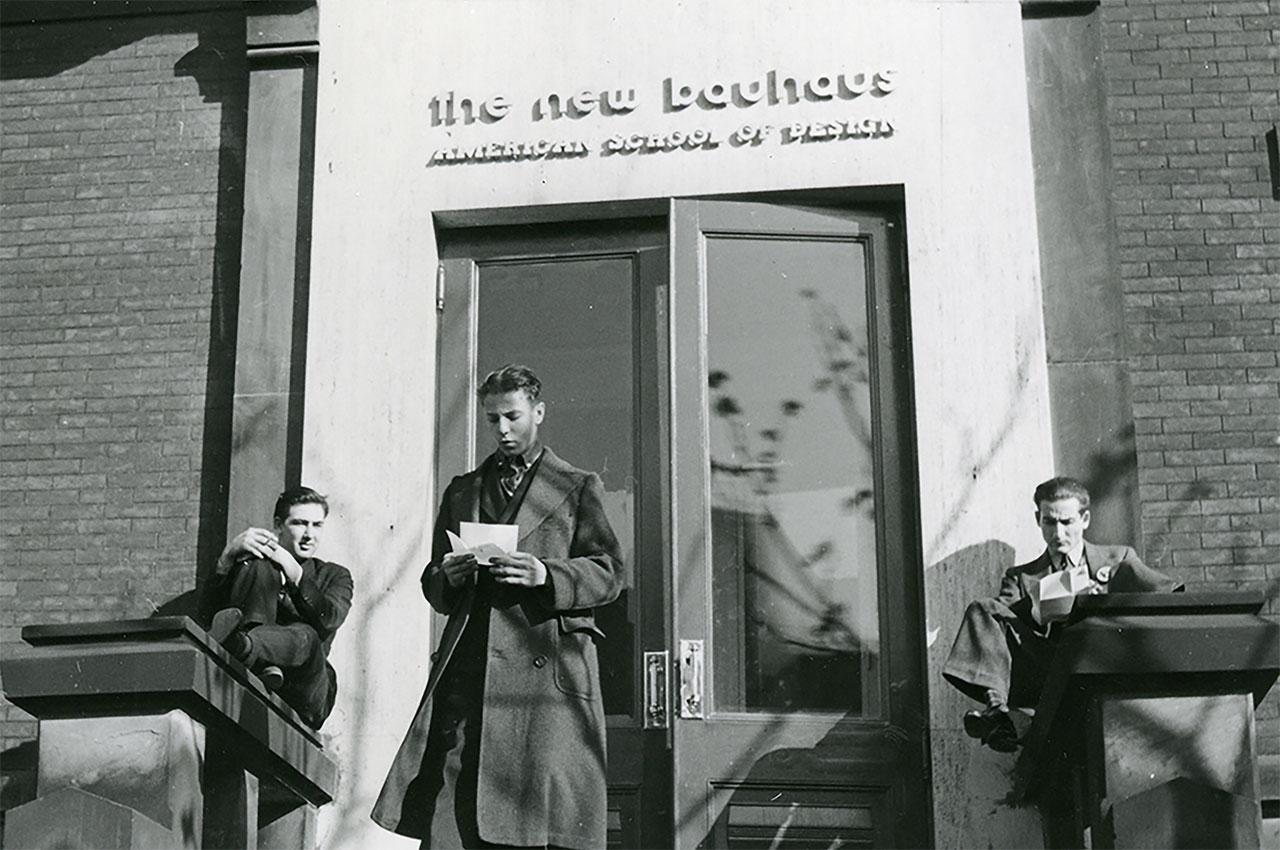 On June 6, 1937, former Bauhaus professor and Hungarian émigré László Moholy-Nagy received a succinct telegram sent by Norma Stahle on the behalf of the Association of Arts and Industries:

The Association of Arts and Industries was a Chicago group dedicated to promoting the role of design in commerce to compete with European businesses. A new design school, in the vein of Staatliches Bauhaus—founded in 1919 and shut down 14 years later under mounting pressure from the rising power of the Nazi regime—would be instrumental in accomplishing that goal.

Moholy accepted, traveled to Chicago, and founded the New Bauhaus, which itself would later become the Institute of Design at Illinois Institute of Technology. And as the world celebrates 100 years since the Bauhaus’s founding, the Institute of Design is celebrating its remarkable Bauhaus lineage with Shapeshift: Design @ Illinois Tech, a two-week design festival that explores the school’s past, present, and future through lectures, exhibitions, tours, and performances.

In October 1937, mere months after Stahle’s telegram, Moholy opened the New Bauhaus at the former Field mansion at 1905 South Prairie Avenue. Moholy, who saw modernism as both a method of design work and a credo for daily living, established a curriculum that emphasized the study of new materials and technologies—and favored bold experimentation. The program wouldn’t even award grades.

While Moholy’s unorthodox methods fostered unbounded creativity from his pupils, it generated skepticism from the Chicago industrials backing his program. Rather than exuding a polished and practical form, the fruits of the school were seen as being avant garde. Time magazine called the works in the school’s first exhibition “bewildering nameless objects.”

The Association of Arts and Industries responded by promptly cutting Moholy’s funding. The school would quickly close, but not for long. In 1939, with the backing of some former association members, most notably Container Corporation of America President Walter P. Paepcke, Moholy reopened a successor, the School of Design, in Chicago at 247 East Ontario Street. In 1944 it was renamed the Institute of Design in Chicago and five years later, it officially became a part of Illinois Tech.

The mistake that many of Moholy’s initial backers made was to assume the Bauhaus was a laboratory for creating attractive products. Rather, the role of the Bauhaus and its disciples was to approach the challenges of their times through a form of design that was collaborative, technological, and experimental.

“The Bauhaus is a way of thinking through things, through pedagogy, through design,” writes Institute of Design Associate Professor Laura Forlano in the book Bauhaus Futures.“The Bauhaus is so successful as an idea—as Ludwig Mies van Der Rohe said—because ‘only an idea spreads so far.’”

The original Bauhaus is long gone, and its Chicago-based second act no longer bears the name, but the ethos of the school lives on at ID.

“The Bauhaus and the New Bauhaus approached the issues of their time by using the tools and materials of the Industrial Revolution—mass production, machines, new technologies,” says Denis Weil, dean of the Institute of Design.

“At ID we approach today's issues with the contemporary tools and materials of the Digital Revolution—networks, big data, emerging technologies. Moholy-Nagy was prescient. He postulated that design could and should help to transform complex systems. This is what we're focused on today.”