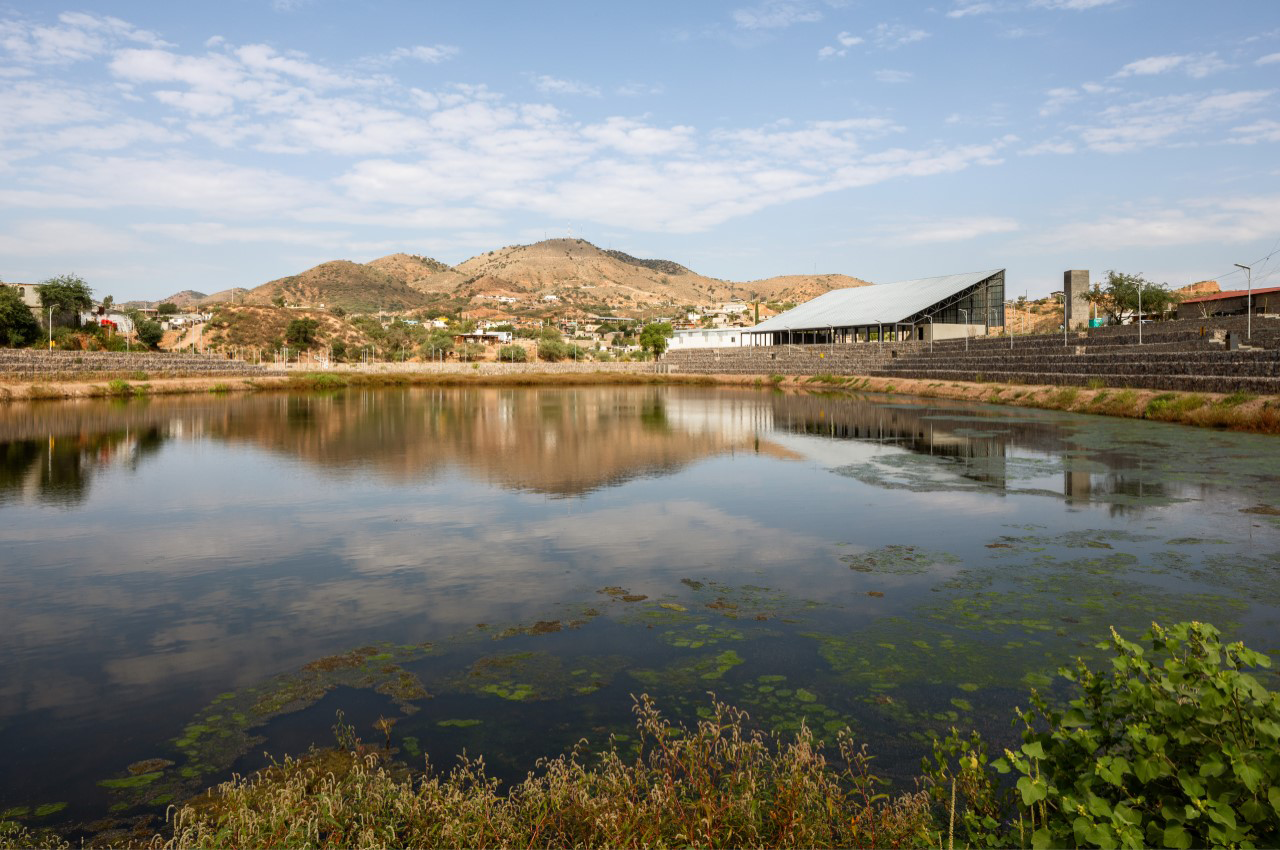 The Colosio Embankment Dam project by Taller Capital, which marks a unique intersection of infrastructure and architecture, has earned the 2022 Mies Crown Hall Americas Prize (MCHAP) Emerging Practice Award. MCHAP, and its award program, are hosted by IIT College of Architecture.

The project sits in the border town of Nogales, Mexico. Originally charged with designing a park next to a body of water, the project grew to include the renovation of a 60-year-old earthen dam. A shaded community space sits next to the updated dam, which uses a system of step-up concrete platforms that feature sports courts, gardens, and playgrounds for use during dryer periods, but are meant to flood when the water rises.

The original dam lacked a spillway and proper sanitation, despite 9,000 people living in poverty-stricken conditions within half a mile of its unstable earthen slopes, including in cardboard, wooden-slat, and cinder-block homes that press right up to the embankments. The Colosio project, finished in 2020, is focused on improving the quality of life and safety in the pop-up neighborhood. New pathways grant mobility and access while the sports facilities foster strong community bonds.

The neighborhood focus was key in the jury’s decision-making, said MCHAP chair and Peruvian architect Sandra Barclay. “A project solving infrastructure problems with the delicacy and sensitiveness of a thoughtful architectural intervention where people are at the core of all considerations,” Barclay added.

The MCHAP.emerge award projects can be located anywhere in the Americas, but must be designed by architectural practices founded less than 10 years ago. Three of this year’s four finalists are from South America, and Taller Capital, founded in 2010 by José Pablo Ambrosi and Loreta Castro-Reguera, is based in Mexico.

Winners of the MCHAP.emerge award don’t get a trophy. Instead, the lead architect becomes a faculty fellow of the College of Architecture. In addition to teaching, they are supported in a research project that leads to the publication of a book based on research of their choosing. The MCHAP.emerge awards dinner were held at S. R. Crown Hall on Wednesday, September 21.

Three projects have won the MCHAP.emerge award since its inception in 2014: