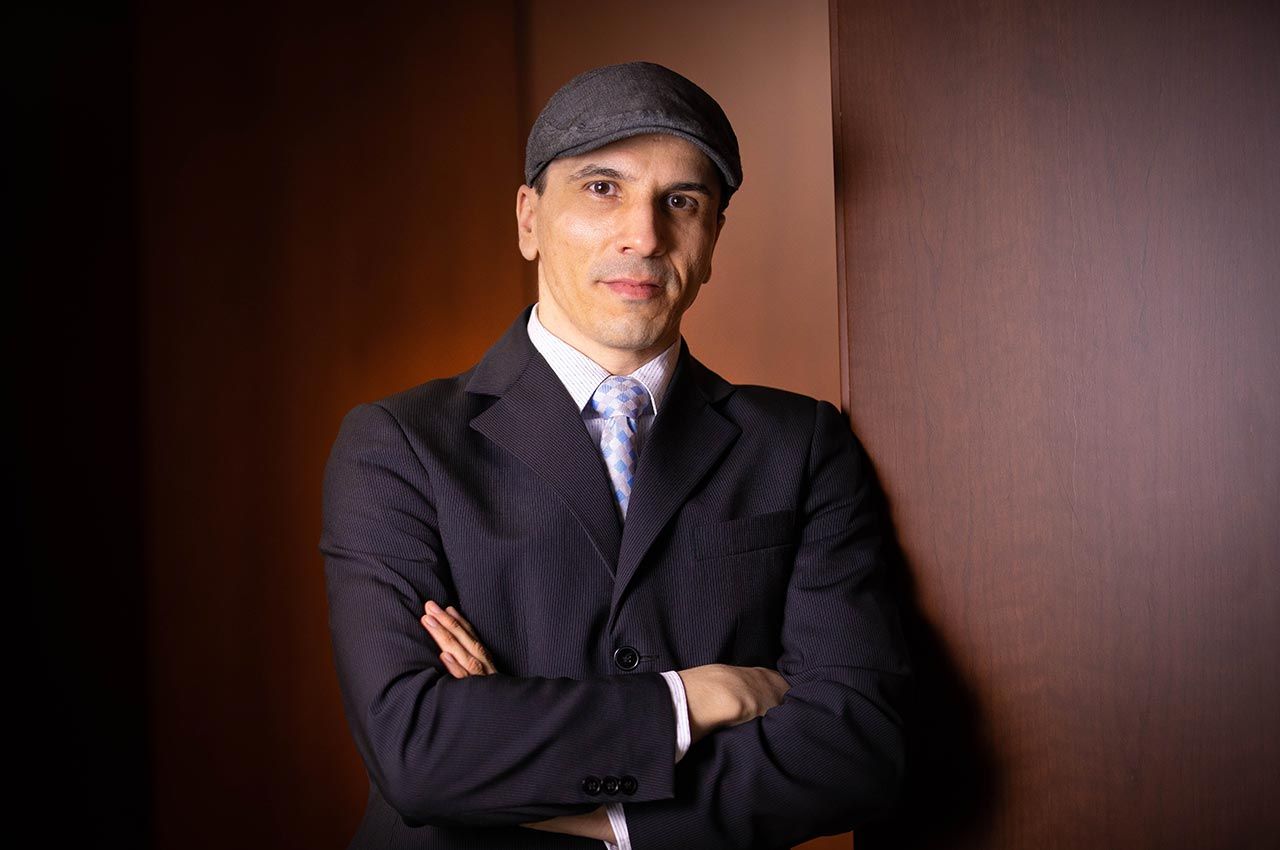 When he arrived in the United States from Romania in the aftermath of the financial crisis of 2008, Edward Paros was fascinated by finance.

“I was intrigued by the connections between Wall Street and Main Street,” he says. “The financial markets had such a powerful impact on the economies of the world, and I wanted to understand why.”

Just more than a decade later, Paros is poised to become an insider in the finance industry when he graduates from Illinois Institute of Technology’s Stuart School of Business with two degrees—a Bachelor of Science in Business Administration and a Master of Science in Finance.

Despite his longtime interest in finance, though, it took a few years before Paros pursued it as his career path. Settling in the Chicago area with his future wife, he worked in a variety of jobs—the last as an instructor at a truck driving school—before shifting gears and returning to school to study computer science at City Colleges of Chicago.

“Coming from an Eastern European country, I had this idea that one has to study computer science in order to make money,” Paros recalls. “I switched degrees after I met a former classmate from City Colleges who got a job in finance and was well paid.”

He also switched colleges after being impressed by a teaching assistant in a physics course at City Colleges who was an Illinois Tech student. “He not only had the knowledge to explain the course material, but he was doing it in an effortless way, he had confidence in how he explained things,” says Paros. “After my first review session with him, I looked up information about the school.”

The combination of finance and Illinois Tech proved a good fit for Paros. “The classes at Stuart are not overcrowded with students, which makes it easy to reach professors, and there are various clubs, study groups, and study assistants in addition to the curriculum that can help one succeed,” he says. “In my undergrad classes, Professor John Twombly was a great help in understanding financial concepts, and he also provided great guidance on what classes to take in order to achieve my goals.”

Paros was active in Stuart Investments, competed in the PRMIA Risk Management Challenge, and was on the team that won the Chicago-area competition in the 2021 CFA Institute Research Challenge. All are solid background for his plans to work as an analyst for an equity firm and take the CFA exam for investment professionals.

He was also matched with a mentor, Kurt Estes, who is managing director at Sikich Investment Banking and a member of the Stuart Board of Advisors. “I could have not asked for a better mentor,” says Paros, who credits Estes with sharing insights into corporate culture. “A memorable piece of advice that he gave me is that I should focus not only on the technical expertise required by the hiring companies, but also on the social aspect of the work environment.”

“During my time at Illinois Tech,” Paros says, “I went to music and theater shows with my professors, I was mentored and tutored by some of the best people in the financial industry, I made friends with students from all over the world, and I got a finance degree that makes me stand out from the crowd.”