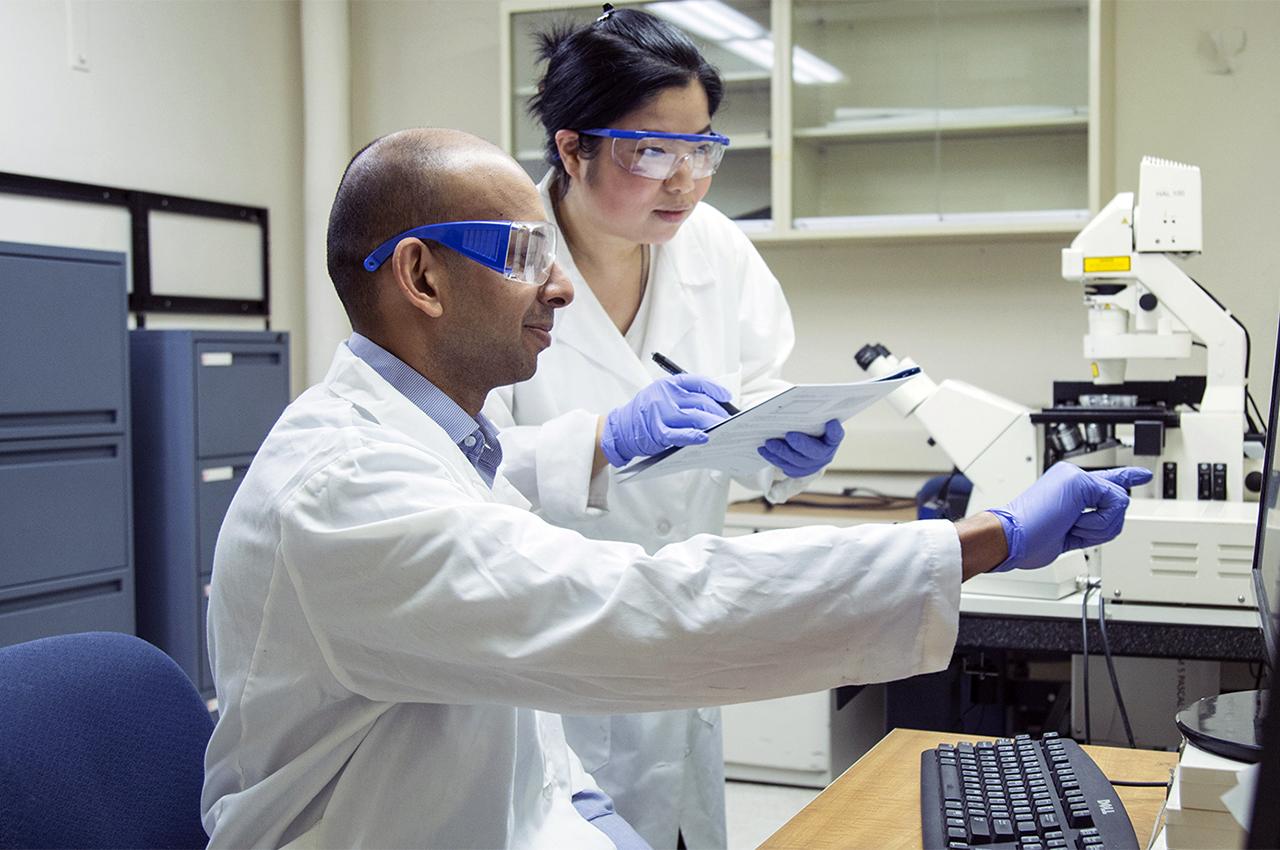 Basically what we’ve done is we’ve made a microfluidic model of lipocytes, or fat. There’s rising rates of obesity in the United States and worldwide, and everything needs an experimental model. Believe it or not, we don’t have a good model for obesity in human beings. So what we’ve done is made a model which uses primary cells, which is basically cells taking up someone’s body, and put them in the microfluidic chip and made them live for a period of time.

Cells in our body, our organs, don’t like to live outside the body. So microfluidics provides them an environment where they can live with full functions. So they behave like fat cells for over three weeks, and we can study them in different situations.

Microfluid is, basically, think of it as a very, very tiny channel in which fluid can flow. So think of a channel which is as almost as wide as a human hair. And cells like this environment because this is what mimics the capillaries of the body.

Everybody is different, so a drug that works on me may not work on you. What this model allows us to do is make it very personalized. So we can take a person’s cells, either the fat cells or precursor to fat cells, and put them on the chip, test different drugs, and see if that treatment that will work on that particular patient. If it works then that person could take the drug.