Ankur Jain (CS ’03), founder of Bira 91, to share his experience translating his computer science education at Chicago’s tech university to the world of international craft brewing

CHICAGO—May 15, 2021—Illinois Institute of Technology (Illinois Tech) will host its 152nd Commencement Ceremony virtually on Saturday, May 15, 2021. Ankur Jain, (CS ’03), founder of India’s largest craft brewery, Bira 91, will discuss his experience translating the innovative problem-solving and entrepreneurship skills he developed at Illinois Tech to the world of international brewing.

Drawing inspiration from his exposure to jazz, contemporary art, and craft beer during his time at Illinois Tech, Jain launched Bira 91 in 2008. Named in reference to India’s country code (91), Bira 91 launched its first original beers in 2015, and quickly became an international sensation. The company now has 500 employees, four brewing facilities and is present in 14 countries.

“As a computer scientist, Illinois Tech taught me how to think outside the box, which has been instrumental in helping me to be creative within the brewing industry,” said Jain. “Illinois Tech helped me learn to identify a problem and find a creative solution to address it. When I moved back to India in 2006, there was a clear opportunity to help develop and grow a craft brewing scene, and thankfully, I have been able to use the skills I learned at Illinois Tech to help play a part in what has now become a true revolution in the beverage industry here.”

Jain first came to Illinois Tech from New Delhi to study computer science and architecture, inspired by his father, who was an architect and an admirer of Ludwig Mies van der Rohe, who designed Illinois Tech’s Bronzeville campus.

“Ankur represents the spirit of entrepreneurial thinking and innovative problem solving that has come to define an Illinois Tech education,” said Alan Cramb, president of Illinois Tech. “Through our emphasis on interdisciplinary problem solving and hands-on learning, Illinois Tech develops leaders who can go on to apply these critical skills to whatever path they choose.”

All degrees for the 2020–2021 academy year will be awarded on May 15 during the university’s virtual Commencement ceremony. Celebrations will begin at 10 a.m. CDT with the Opening Commencement Ceremony, followed by college/academic unit ceremonies.

About Illinois Institute of Technology
Illinois Institute of Technology, also known as Illinois Tech, is a private, technology-focused research university. Illinois Tech is the only university of its kind in Chicago, and its Chicago location offers students access to the world-class resources of a great global metropolis. It offers undergraduate and graduate degrees in engineering, science, architecture, business, design, human sciences, applied technology, and law. One of 22 institutions that comprise the Association of Independent Technological Universities, Illinois Tech provides an exceptional education centered on active learning, and its graduates lead the state and much of the nation in economic prosperity. Illinois Tech uniquely prepares students to succeed in professions that require technological sophistication, an innovative mindset, and an entrepreneurial spirit. Visit iit.edu. 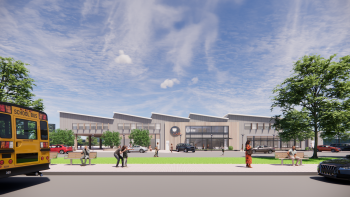