Jacob “Jake” Matijevic (Math ‘69), a great space engineer, died on August 20, 2012 in Los Angeles, CA. Matijevic received his bachelor’s degree in mathematics from IIT and later earned a Ph.D. from the University of Chicago in 1973. He joined NASA and the Jet Propulsion Laboratory in Pasadena, CA in 1981 as a control systems engineer. He led the engineering team that developed three Mars Exploration rovers: the robotic rover Sojourner (1997), and the twin Spirit and Opportunity rovers (2004). Matijevic was the surface operations systems chief engineer for Mars Science Laboratory Project and the Curiosity rover (2012).

The Curiosity rover landed on Mars in August, 2012, just two weeks before Matijevic’s passing. Curiosity discovered and analyzed an unusual rock found on the Red Planet with the rover’s arm-mounted Alpha Particle X-Ray Spectrometer (2012). The rock has a composition not seen on the Red Planet before, but resembles some volcanic rocks found on Earth.

In honor of Matijevic’s contribution to the rover missions, NASA and the Jet Propulsion Laboratory named the rock found by the Curiosity rover “Jake Matijevic.” They also named a hill that the Opportunity rover is investigating “Matijevic Hill”.

Read the Matijevic obituary at the Chicago Tribune. 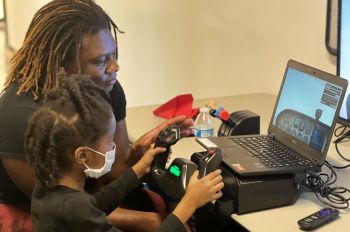