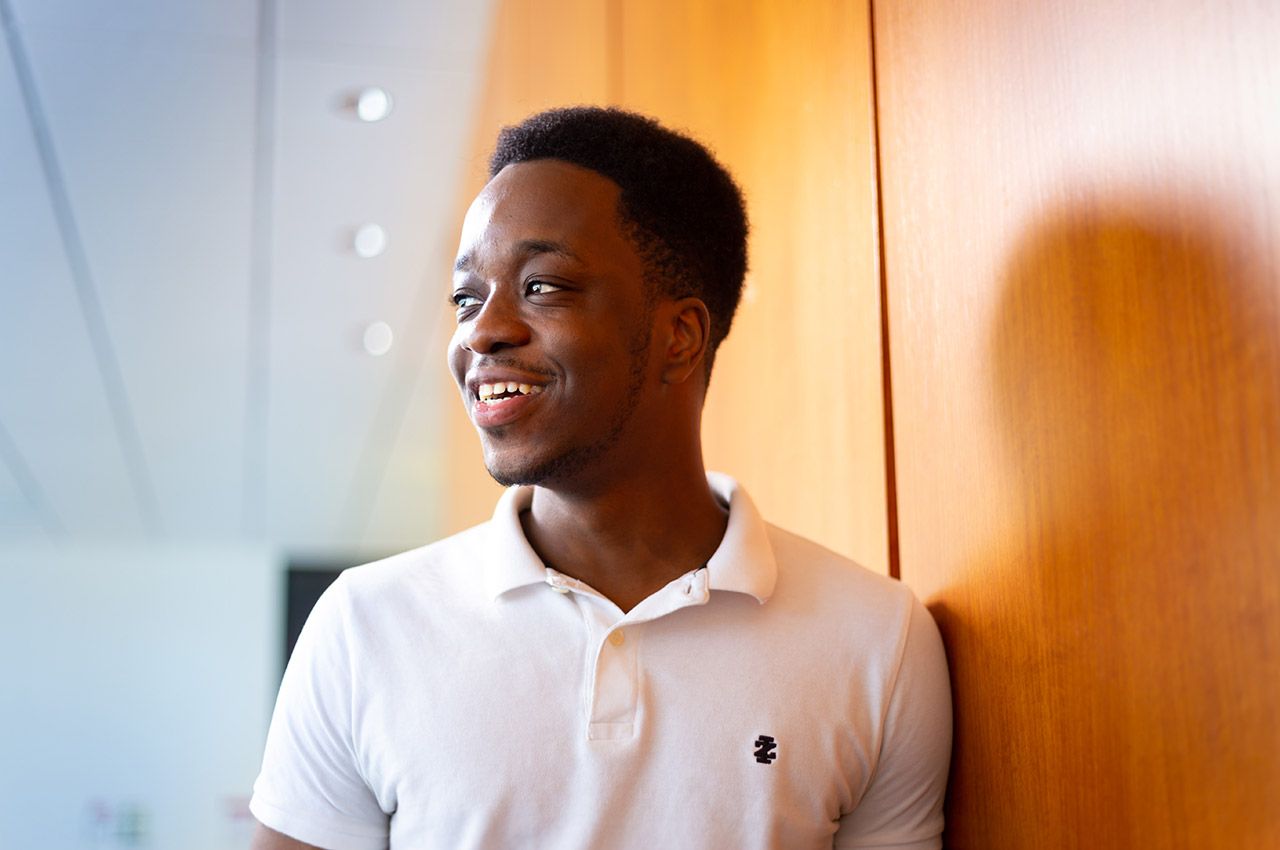 Prince Hodonou (CS ’21) drew a step-by-step line from his coursework at Illinois Institute of Technology to landing the first job of his career with JPMorgan Chase right after graduation.

“Students would choose the classes they were in when they signed up for the app,” Hodonou says. “Then everyone in the same class would be able to chat with each other and create groups from within the class. Groups were able to set up meeting dates, meeting locations, and meeting times.”

Hodonou says he learned so much more than just programming when he developed Seeknow. He also learned valuable entrepreneurial skills. He worked with Nik Rokop, Coleman Foundation Clinical Associate Professor of Entrepreneurship at Stuart School of Business, who encouraged Hodonou to dig deep into the problem that he was trying to solve with the app and to talk to the users. This led to an emphasis in customer discovery.

“It was very rewarding seeing the app actually help people,” Hodonou says. “I remember one of my friends reaching out to me telling me how she found people to study with. I thought it was very cool that something I made was helping real people out there.”

Hodonou used the mobile framework Flutter to develop Seeknow. He used his familiarity with Flutter for a hackathon presentation, which he presented to BMW’s Flutter team. The BMW Flutter team members were impressed with Hodonou’s knowledge of Flutter, and offered Hodonou a summer internship.

“During that time, Flutter was still very new and maybe even in beta,” Hodonou says. “I adopted the framework in its early stages, and now it’s being used by many more people. I loved Flutter so much that I started attending weekly Flutter meetups held at the Chicago BMW office.”

Hodonou spent the summer with BMW’s Flutter team, which was redesigning the company’s native IOS/Android app into a cross platform app using Flutter.

“I was treated like other engineers on the team and was implementing features,” he says. “It was great!”

That engineering experience at BMW helped him land his first job at JPMorgan Chase as a software engineer, which begins soon after graduation. There, he will be working on solutions to help the company’s customers, clients, and employees. His new duties will include designing, building, and deploying software solutions in cloud, cyber, digital, markets, or payments businesses.