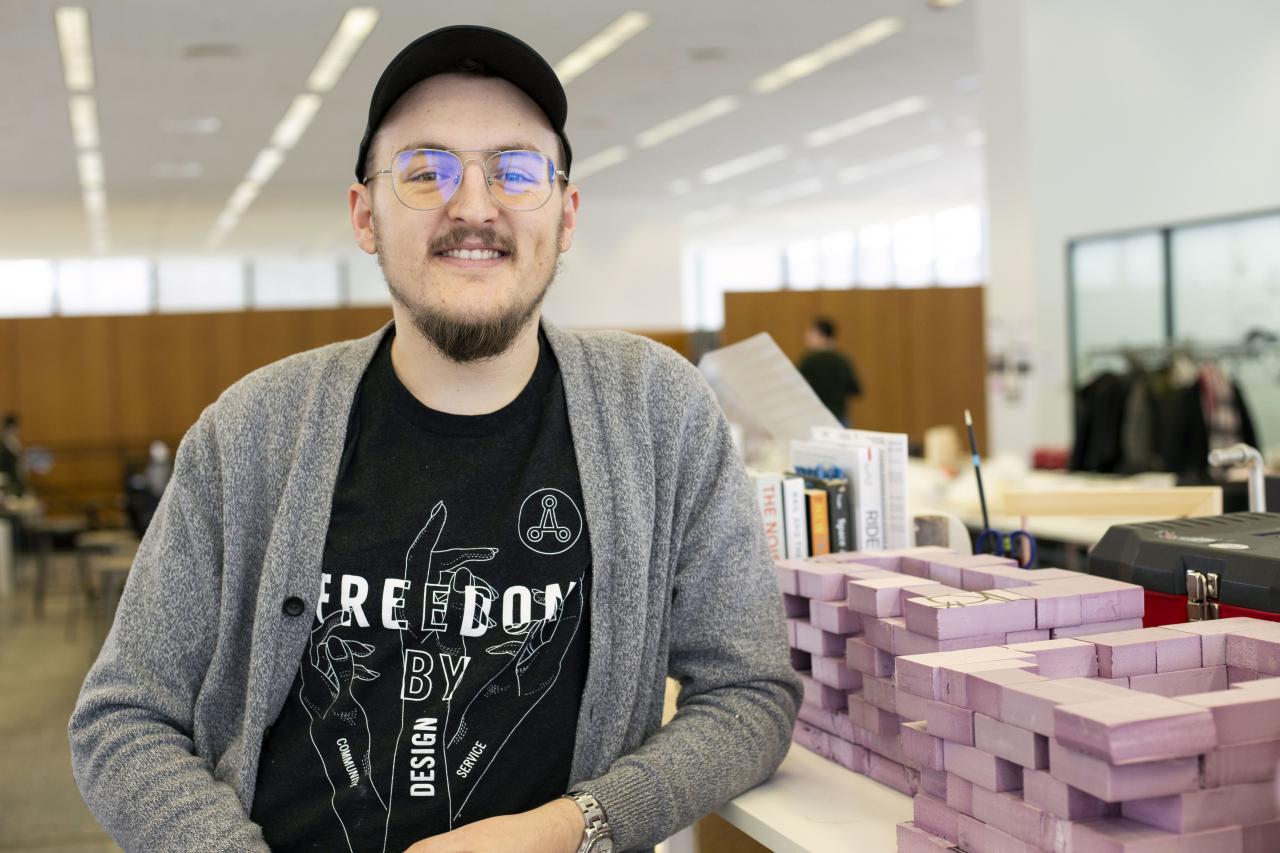 Adam Fogel (M.ARCH. candidate), a student at Illinois Institute of Technology’s College of Architecture, has been elected as the vice president of the American Institute of Architecture Students (AIAS), and as part of the appointment, will also function as a board member for the Association of Collegiate Schools of Architecture (ACSA). Fogel will serve a one-year term at AIAS after his graduation, relocating to the organization’s Washington, D.C., headquarters as a full-time employee and serving fellow architecture students across the United States.

Fogel says that in his role as vice president he’ll deal with many of the organization’s “nitty gritty” operations, functioning as the organization’s treasurer and secretary, but wants to ensure the smooth implementation and operation of proposed initiatives that he says have potential to improve the studies of architecture students both at Illinois Tech and nationwide. Among those initiatives is a proposed mentorship program that seeks to connect AIAS chapters with local alumni.

“These alumni would help chapters overcome any challenges they might be facing such as fundraising, or setting up a Freedom by Design program, or creating professional development events,” says Fogel. “There’s this wealth of knowledge in the alumni that we need to tap into.”

Further, Fogel hopes to keep three new AIAS task forces running smoothly: the Equity and Diversity Task Force, the Health and Wellness Task Force, and the Resiliency Task Force. According to Fogel, these task forces address challenges in the profession, such as an unhealthy studio culture and the effect mental health can have on a student’s performance.

Fogel is a longtime member of AIAS. He initially joined as a first-year student during his undergraduate studies at University of Texas at Arlington, working with the organization’s Freedom by Design community service program.

In his first year at Illinois Tech, Fogel served as chair of the Freedom by Design Advisory Group, helping redefine the program. “We were changing what Freedom by Design meant for the whole nation because it had been very pigeonholed,” says Fogel. “ You had to build something to be considered Freedom By Design, but a lot of chapters weren’t doing that. They were creating things like emergency handbooks like what to do during a hurricane, or signage projects. We wanted people to be eligible to be part of a Freedom By Design program, even though they weren’t doing exactly what everyone else was doing.”

Fogel says he’s already eager to return to Chicago after his stint in Washington, D.C., and hopes his tenure at AIAS and ACSA inspires other students to come to Chicago and Illinois Tech.

“I want to bring people here because it’s a great school and a great city. There’s never not an opportunity,” says Fogel. “These last two years I met a lot of great people, a lot of great friends, and a lot of great faculty and mentors. Had I stayed in Texas for my master’s, I don’t think I’d be where I am.”