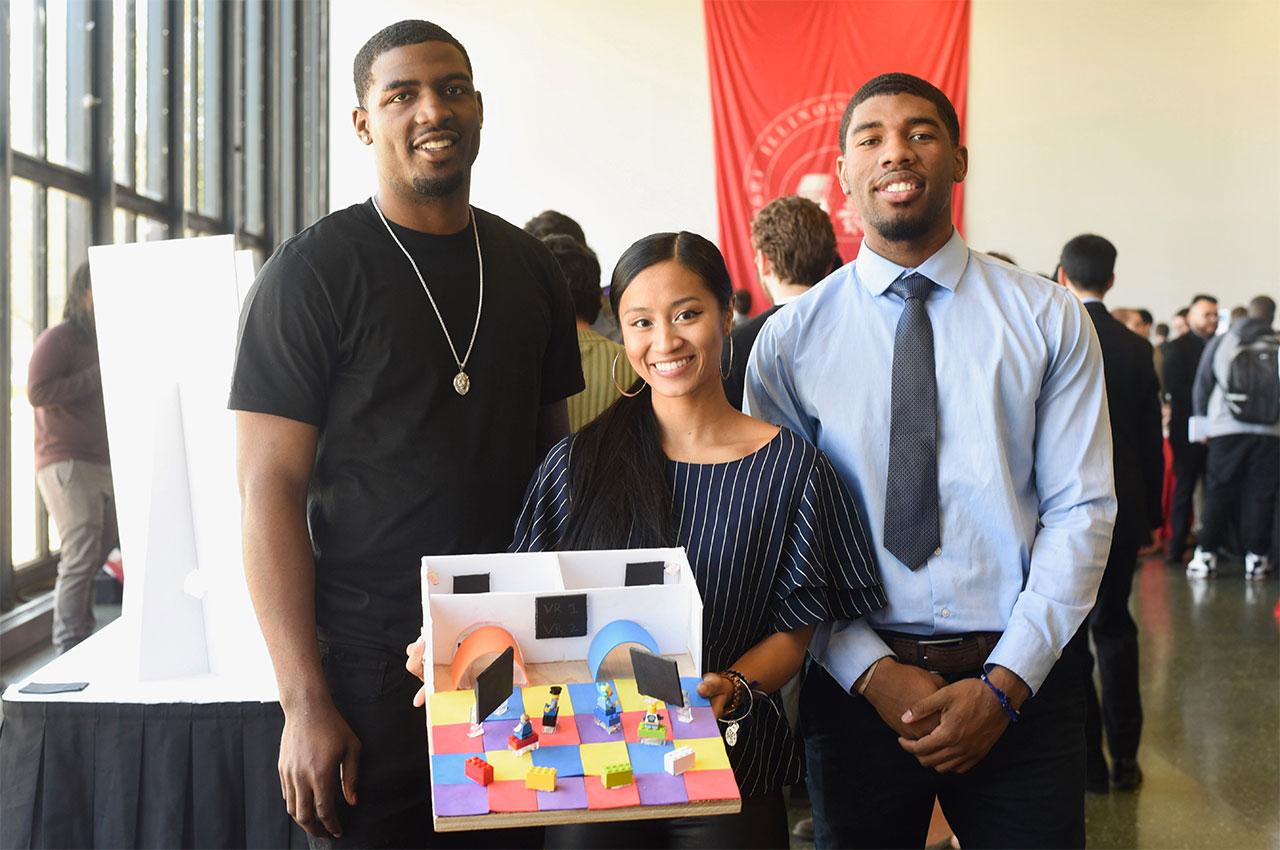 The Chicago Pedway, the city’s underground network of pedestrian walkways, contains corridors that can only be described as dirty, dark, and labyrinthine. Spend enough time within its halls and you’re bound to come across a pedestrian flummoxed by its unintuitive layout. As a result, the space goes underutilized and is unknown to many Chicagoans.

The pedway traces its roots to 1951, when it was started as an underground connection linking Blue and Red train lines at Washington Street and Jackson Boulevard.  In the 1980s larger portions were added, joining together other parts of downtown. But that disjointed expansion is a major source of the pedway’s woes today.

“It’s really piecemeal, which has been part of the problem, because there’s been no larger authority that has made things like the maintenance and the lighting consistent,” says Julie Jacobson, a senior fellow at the Environmental Law and Policy Center, a Midwestern nonprofit environmental advocacy group. “We’ve been working on this in response to hearing a lot of people say that, though it’s a great resource and people would maybe walk instead of using cars, it’s just too hard to use.”

Jacobson says clearer signage and wayfinding are answers to improving the pedway, but revitalizing its image by making it more inviting and vibrant could do wonders in increasing its usage, too. For that, the ELPC has partnered with Illinois Institute of Technology instructors Skylar Moran and Dana Taylor to identify ways to make the pedway more appealing to Chicago residents and visitors. Their partnership formed the basis for Illinois Tech’s Interprofessional Projects (IPRO) Program course Cultural Infrastructure: Prototyping Interventions for the Future of Our Pedways.

Moran and Taylor’s IPRO course is in its third semester, but this is its first time examining the Chicago Pedway. Previous semesters have looked at the Chicago River, but no matter the subject of its focus, at its very core, the IPRO aims to identify novel ways in which small-scale infrastructure can improve public spaces.

“The general view of pedway culture in Chicago is pretty bleak. Essentially, the way we think about the pedway system is that it’s nice if there’s bad weather, when you’re going between two buildings that are directly connected, or if you are moving from one train station to another. Basically, if you look at how much of the year people apply those reasons to be in this space, there’s a lot of time that no one is there,” says Moran.

“How we saw our IPRO collaborating with [the ELPC] was through finding new uses in our pedway culture that aren’t just about going down, moving, and going back up at a different place, but going down there to do something you can only do down there,” he continues. “We initially reached out to ELPC because we knew they had been doing similar work studying the uses of the pedway, and we knew they were already thinking about it the way we wanted to.”

The ELPC provided Moran and Taylor’s class with documentation of existing facilities within the pedway, and the students spent a considerable amount of time within the network to draft maps and compile data that would form the basis for their project proposals. Those projects, massaged over the course of the semester, imagined activities and exhibitions rejuvenating the pedway’s drab environs.

“Our first few weeks were spent in the pedway looking at the different infrastructural issues, and as a class we all identified what we saw as the main problems. Those mostly revolved around wayfinding and identity,” says Jess Monigal (ARCH 5th year).

Monigal and her teammates Abhinaya Iyer, Andrew Jiang, and Jay Yi envisioned a system of moving gallery walls built from flexible metal curtains and mounted on a track system built into a drop ceiling. Their project received the Dean’s Choice Award from the College of Architecture at Illinois Tech’s IPRO Day on April 26.

In addition to adding visual stimuli, the group posits that the curtains could carve out spaces less disjointed than the current pedway halls and provide a much-needed dose of visual cohesion that more clearly indicates exactly where the pedway begins and ends.

“When we were walking through the pedway, we were just talking about fun ideas, not really being serious, but we were like, ‘What if laser tag happened here?’” explains Hayden van Slooten (ARCH 4th year), describing the ideation behind his team’s project proposal “Laser Tag in the Pedway,” which won its track at IPRO Day.

What van Slooten and his teammates Dan Tangaro (ARCH 5th year) and Kevin Cole (ARCH 4th year) hoped to rectify was the wasted potential of zones of the pedway that close for the night. These “dead spaces” branch off from the central portion of the pedway that remains open 24 hours a day, and their inherent, maze-like sections provide their own obstacles for immersive gameplay. The team also recommend providing foam obstacles that could be stored during the day or even used as furniture or decor.

Other projects imagined underutilized spaces in the pedway hosting virtual-reality gaming spaces or traveling museum exhibits from Chicago museums such as The Field Museum of Natural History. When asked if any of these ideas have a chance at becoming a reality, Moran is quick to point out that wasn’t the goal of the class—but it isn’t impossible to think that someday we could be playing laser tag or taking in museum or art exhibits under the city.

“We’re totally onboard with applying whatever comes out of this class for future use, but we did not want the students to be concerned about that at all. The idea here is that you’re in a sandbox,” says Moran.

“The ELPC has an existing relationship with the city, and because they’re very excited about the ideas we’re bringing, we’re holding an encore presentation after IPRO Day so they can invite people who live and work near the pedway. If the ELPC or the city is interested in implementing any of these ideas, there’s nothing preventing them from doing so.”