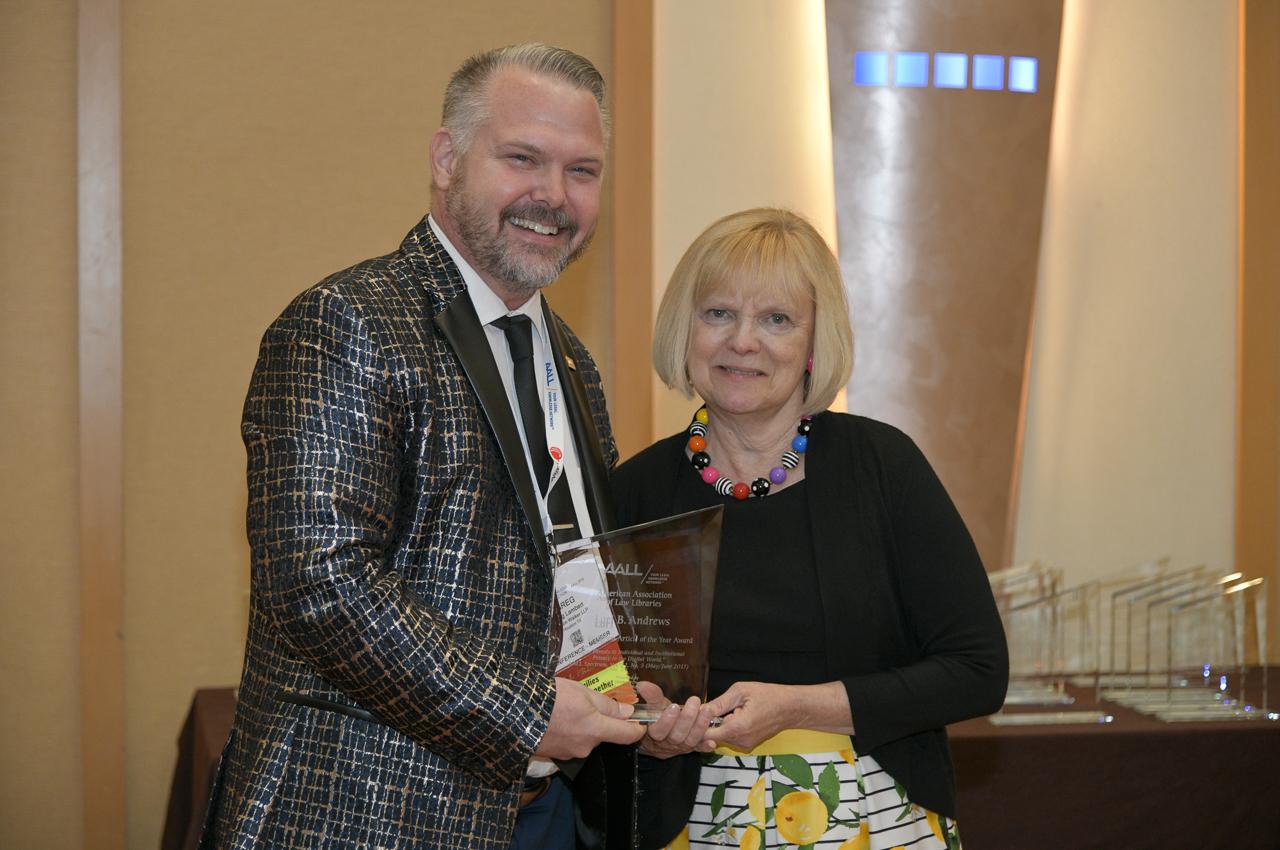 Distinguished Professor of Law Lori Andrews won the 2018 AALL Spectrum Article of the Year Award from the American Association of Law Libraries for her article iSpy: Threats to Individual and Institutional Privacy in the Digital World.

The award honors outstanding achievement in writing an article, published in the AALL Spectrum during the previous year, that contributes to topics relating to librarianship, law librarianship, and practical applications for library work or to an understanding of legal materials, legal systems, legal information, or to professional and staff training and development.

Andrews’ article, which appeared in the Spectrum’s May/June 2017 issue, explains how law librarians can protect their patrons and institutions from data aggregators that resell digital information to insurance companies, marketers, potential employers and the government.

Andrews is an internationally recognized expert on emerging technologies. The ABA Journal describes her as “a lawyer with a literary bent who has the scientific chops to rival any CSI investigator.” She is the director of the Institute for Science Law and Technology at Illinois Tech’s Chicago-Kent College of Law and teaches Genetics and the Law, and the Law of Social Networks.

Andrews’s path-breaking litigation about technologies caused the National Law Journal to list her as one of the “100 Most Influential Lawyers in America.” In 2002 she won the National Health Law Teachers Award. In 2005 she was made an Honorary Fellow of the American College of Legal Medicine for her “distinguished achievement in the field of legal medicine.” Since 2012 Andrews’s peers have selected her annually as a leading Illinois lawyer in the area of biotechnology law for inclusion in The Best Lawyers in America. 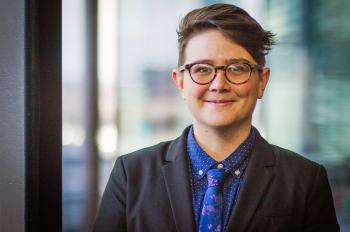 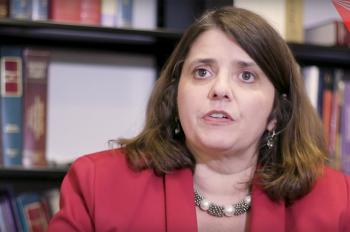 How Can the U.S. Constitution Be Acknowledged in a Time of Political Polarization? 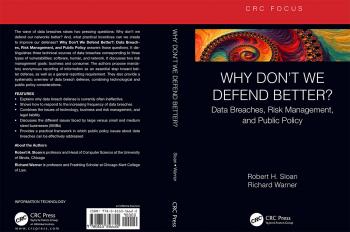 Beating the Breach—and Saving Millions in the Process