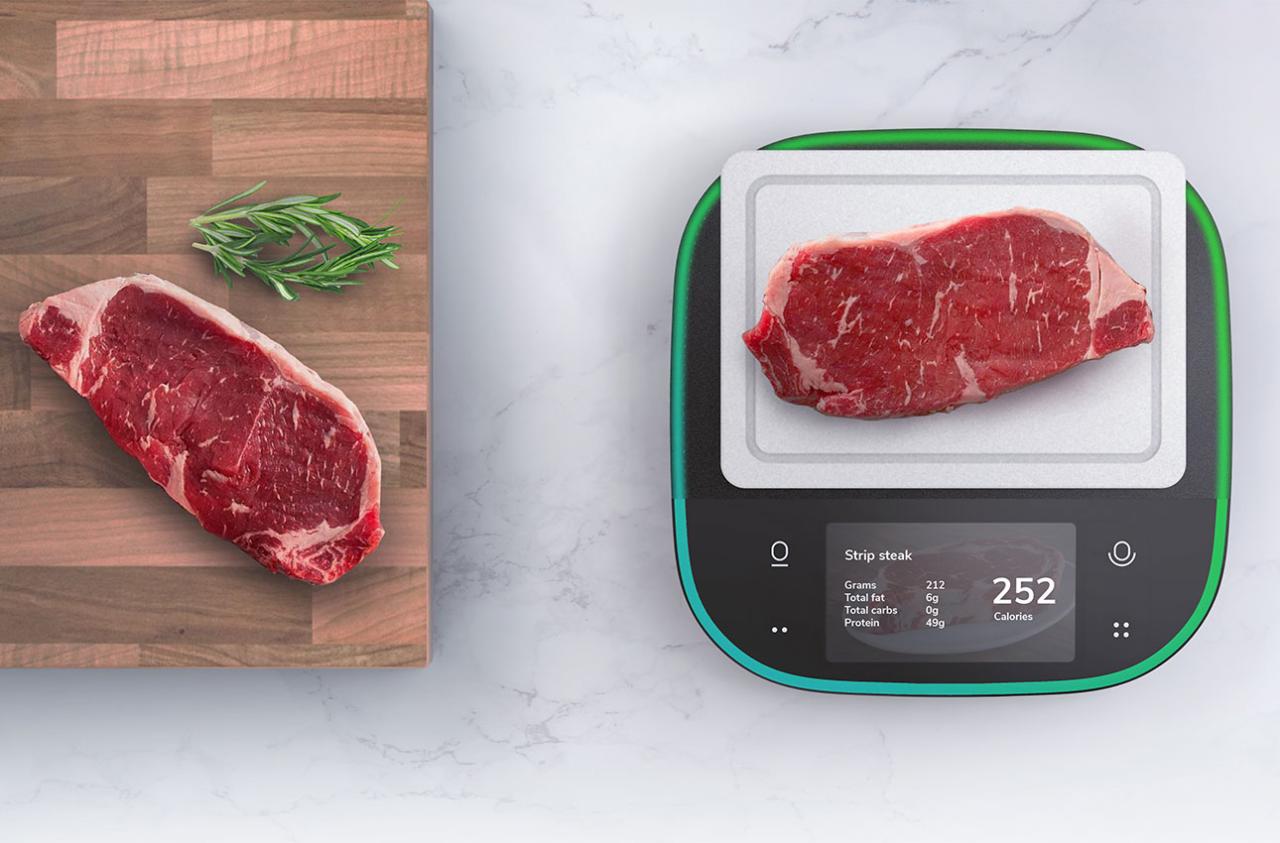 A new kitchen scale developed by two Illinois Tech alumni aims to distinguish itself from the growing ranks of smart kitchen devices by enlightening the at-home chef with greater knowledge of their dishes.

Pepper is a new voice-activated kitchen scale developed by 2018 Institute of Design graduates Andrei and Mihai Hogea while they were pursuing master’s degrees. Pepper updates the common kitchen scale by incorporating the Amazon Alexa, allowing the scale not only to measure ingredients by weight, but also to break down the nutritional content, which is displayed on a 5.5-inch HD screen to provide visual feedback. For example, the user would tell Pepper what ingredient is on the scale, and Pepper will reveal both the weight of the ingredient in addition to how much sodium it contains, or sugar, or calories, or other values important to the chef.

“It can control your lights, play music, unlock your doors,” Mihai Hogea (MDM ’18) explains. “If you are following along with the steps of a recipe, Alexa will tell you what you should be doing and showing you a video of that step.”

Hogea says the brothers decided to make nutrition a focus for Pepper in order to make a more positive impact on people’s lives. According to the Centers for Disease Control, six of 10 American adults suffer from a chronic illness that can be managed more effectively, in part, through a modified diet.

“This problem continues to persist because cooking at home is already difficult, and nutrition logging can only be done manually, making it incredibly time consuming,” Hogea says. “We’ve essentially created an ecosystem that empowers people to plan, prepare, and understand what they eat while being accommodating to a variety of user behaviors, dietary restrictions, and lifestyles.”

The brothers first brainstormed the idea of creating a smarter kitchen tool in order to make it easier for people to prepare their own meals at home during Thanksgiving 2016.

“We saw a huge opportunity with voice assistants, such as Amazon Alexa, to guide someone through making recipes without having to check their phone with dirty hands,” Hogea says. “We worked the idea throughout our classes at the Institute of Design, using the school’s deep understanding of user-centered design as an incubation opportunity for our company.”

While collaborating with professors Zach Pino and Anjio Mathew, the Hogea brothers pushed the capacity of voice-activated technology.

“As we developed the scale and weighing technology, we actually realized we could calculate, convert, and measure any nutrient of any ingredient from a database that we built from the ground up,” Hogea says.

Pepper can list any of 150 nutrients from approximately 8,000 ingredients, from the more common such as rice, cheese, or fruits to the more adventurous like veal brains or frog legs.

“We even have a Big Mac,” Hogea says. “The beauty of our system is it is as general or specific as someone needs. For example, you could ask, ‘Alexa, measure the nutrition of steak.’ We would offer our best guess, based on which steak is most commonly prepared. But you could also ask, ‘Alexa, measure the nutrition of sirloin tip side steak.’ Our system would give you information from a more specific ingredient.”

The Hogea brothers brought a Pepper prototype to the CES consumer technology show in Las Vegas earlier this month, where it received positive reviews, Hogea says.

“Many people were amazed at the ability to weigh in any unit besides weight, like cups, calories, carbs, and protein,” he explains. “Many people had a friend or family member with diabetes and suggested how our platform could help them log and monitor carbohydrates and sugars.”

Pepper isn’t quite ready to be sold in stores, yet. Hogea says a Kickstarter campaign is expected to launch in the spring, while the brothers explore other partnerships. Hogea predicts Pepper could be available next year if the right funding source is found.