A Physicist with a Global Vision 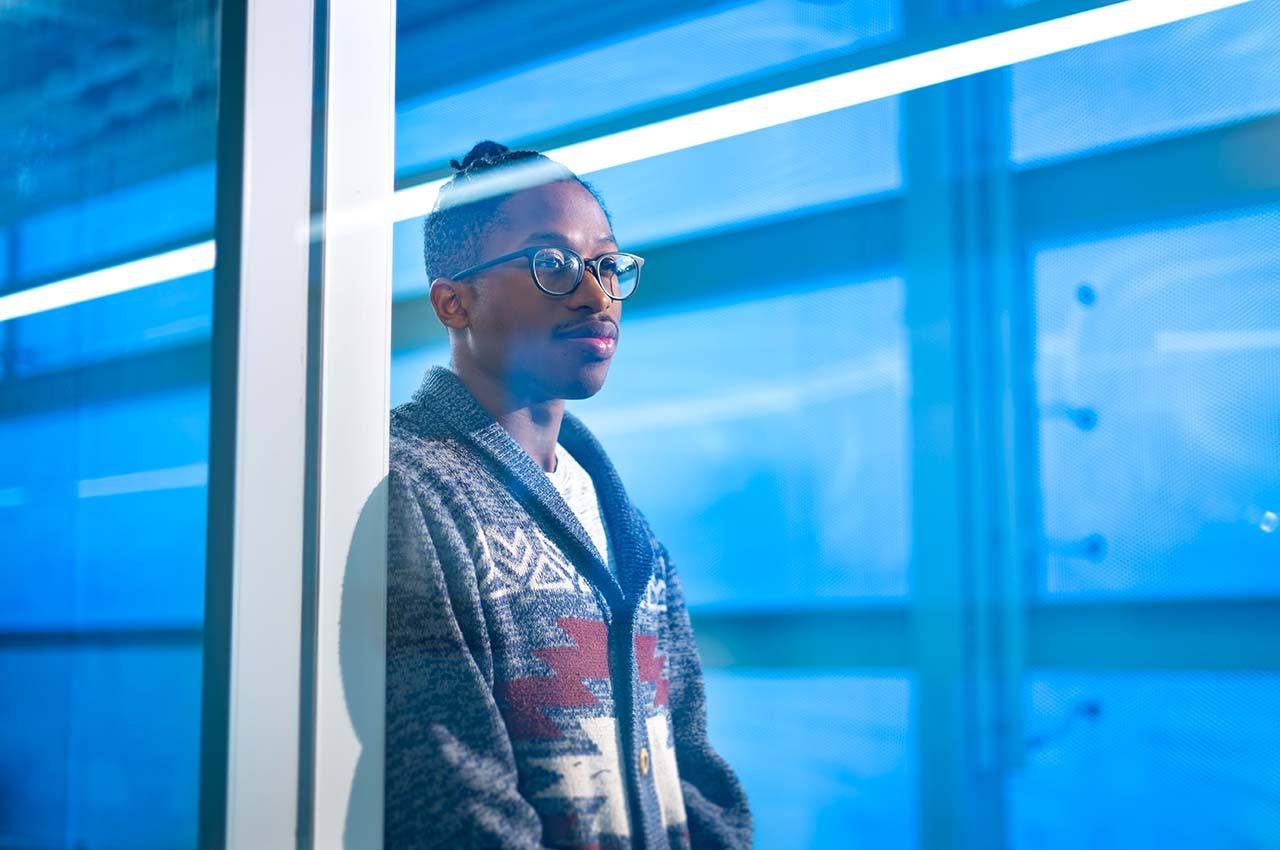 When he graduates from Illinois Institute of Technology this May with a Bachelor of Science in Physics, Joshua Campbell (PHYS ’22) will trade one program for another: he will begin a Ph.D. program in physics at Johns Hopkins University this fall.

“[Johns] Hopkins has a great program with amazing opportunities in each of my fields of interest,” Campbell says. “They also offer a wide range of opportunities for students post-graduation. They have students pursue academia, industry, and national laboratory work. Being undecided on my path at this point, that brings me a lot of comfort.”

Campbell has a passion for condensed matter physics, or the study of the structure of atoms in materials.

“There is hard condensed matter and soft condensed matter,” he says. “Because of my [additional] interest in engineering, there are a lot of interdisciplinary fields I could work in where I could do both physics and engineering. It opens up my options for what I could do, and it is projected to have a lot of growth in the future.”

Campbell grew up in Hazel Crest, Illinois, a south suburb of Chicago, but graduated from Indian River High School in Chesapeake, Virginia. He eventually moved back to the Chicago area and attended Ivy Tech Community College, where he earned his associate’s degree in general education. Campbell transferred to Illinois Tech in 2019 with support from a transfer scholarship, which has continued to help him pay for school.

As a high school student, Campbell had imagined he’d be a music major in college—by the end of high school he could play cello, guitar, and bass—but he found an unexpected love of physics in an AP physics course.

“It was something that I saw myself doing for a long time because it was so difficult,” he says. “I didn’t want to do something that I found easy. I liked that on the scale of what the subject was, it was both things extremely large and extremely small. I didn’t feel I was ever going to be bored in my study of physics. The idea that I could know the small intricacies of the universe was fascinating.”

As a student at Illinois Tech, Campbell says he has appreciated that his physics professors have practical work experience in their fields and have been able to shed light on what a career in physics will look like. He has also gained his own real-world experience working in the lab of Research Professor of Physics Ali Khounsary.

“We are doing research into how X-rays are produced, and thermal analysis for targets,” Campbell says. “I’ve been working with him for about three semesters. When he first introduced me to the project it gave me a better understanding of what research commitment is like. The project we’re doing has a lot of potential for medical science.”

Throughout his time at Illinois Tech, Campbell has held a job as a personal trainer and swim coach at Life Time Fitness, and he also privately coaches volleyball for kids ages 10 to 17 after having played volleyball himself as a high school student. On campus he joined a club volleyball team, where he served as head coach. He says he also found community as a member of the Black Student Union.

“We just could sit down as a group of individuals and talk about our experiences as Black students at a non-Black university,” he says. “We could help each other through different things, whether that be classes or if somebody was struggling, we’d help each other—tutoring, whatever.”

When asked about his most valuable lesson from his college experience, Campbell spoke of overcoming challenges.

“I’ve learned that the pressure that challenges bring is a good thing,” he says. “I don’t think that because something is difficult that should hinder your aspiration to strive for that thing—[I think] the exact opposite, actually. If something is challenging it means you are going to grow, and college in general is a place for growth.”

Looking ahead, Campbell has a goal of completing his Ph.D. before age 30. He also hopes to have an impact on the profession of physics on a global scale.

“I want to really figure out a way to make science something that is internationally collaborative,” he says. “I think one thing we’ve learned in the last two years is that when it comes to science being collaborative, our national borders play a big role in hindering things. I think being able to break down those barriers matters. Having a fundamental knowledge of physics will be really important in me stating my case as to why those things should happen.”

Campbell says he would one day like to create an organization that can help connect scientists from different countries and improve knowledge-sharing.

“I think the world is an imperfect place, and we as humans have the capacity to make it a better place,” he says. “I don’t think we should be wasting time doing things that aren’t helping other people.”