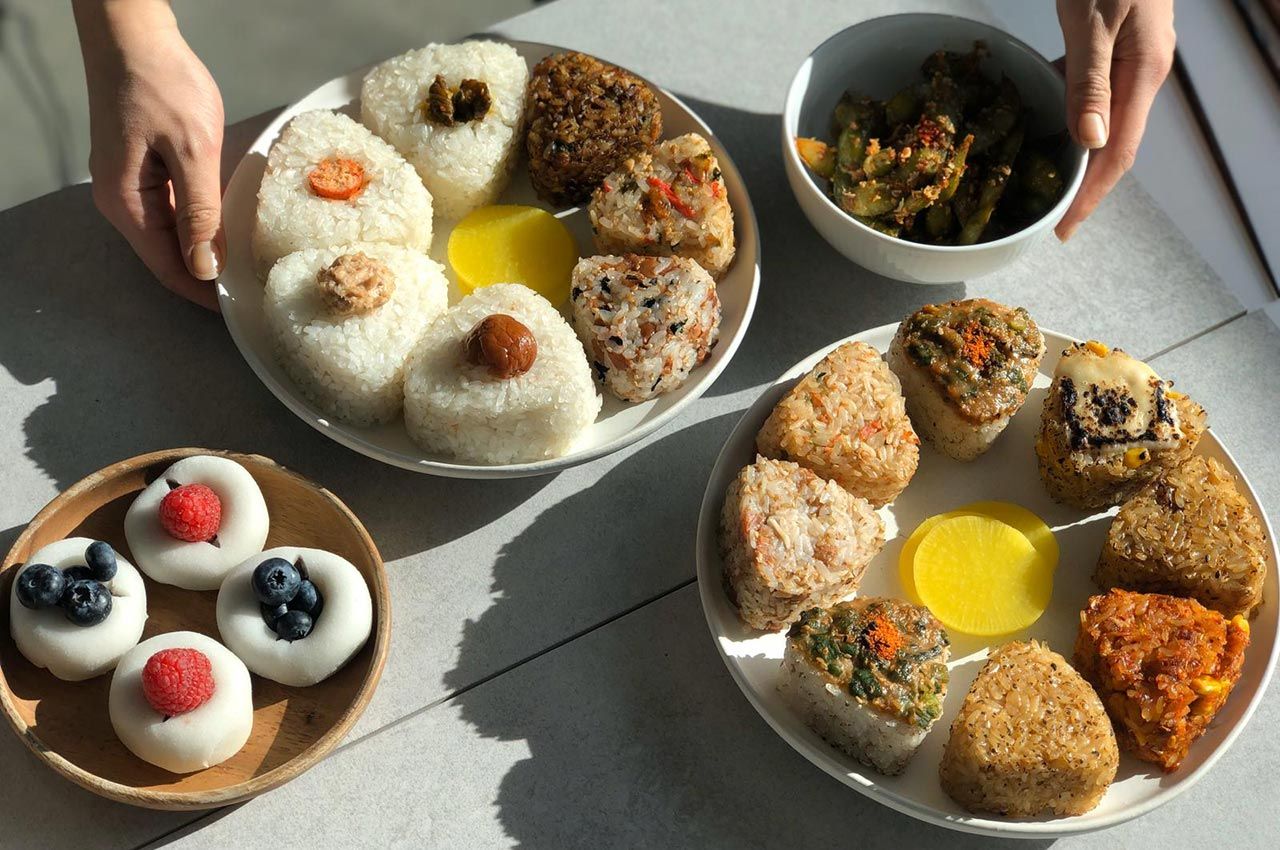 In Japan, onigiri is everywhere. The rice balls, filled with meats and veggies, are consumed for breakfast, lunch, and dinner, and have a history that goes back centuries. Onigiri, like sandwiches in the United States, are readily available from restaurants and convenience stores, and popular with busy workers in need of a quick meal on the go.

So it was much to Yuta Katsuyama’s (M.Des.+M.B.A. Candidate) dismay that, after arriving in Chicago to study business and design at Illinois Institute of Technology, he saw a complete absence of onigiri in Chicago.

“In Tokyo you can find onigiri in convenience stores, which are always about a five-minute walk away from you no matter where you are in the city,” says Katsuyama. “When I was busy in Japan I always had onigiris and I could grab that when I was working, so I always wanted something like that here.”

As a student at the Institute of Design, Katsuyama saw the lack of onigiri in Chicago as a problem that could be solved through design. In his product design course during the second semester of his first year, he conceived a design for an onigiri maker that users could prep the night before to make fresh onigiri in the morning. Though the rice maker was simply a design exercise, when Katsuyama saw how receptive his fellow students were to the idea—many were familiar with onigiri having lived in or visited parts of Asia—he began to see onigiri as a possible business opportunity.

The following semester, Katsuyama tested the idea of a breakfast onigiri meal kit in his Observing Users course at ID. Again, he saw strong interest in onigiri itself, but there were flaws in the idea. For one, rice cookers are not as common in homes in the U.S. Further, from what Katsuyama observed, the traditional flavors of onigiri—which typically pair strong flavors of fish and pickles with unseasoned rice—didn’t quite mesh with an American audience, and the process of making onigiri for newcomers defeated the purpose of onigiri as a quick and easy breakfast meal for busy professionals.

During the break between fall and winter semesters, Katsuyama returned home to Tokyo, and after experiencing an abundance of onigiri again, he still felt like he couldn’t give up on bringing the food to Chicago. Upon his return, he spoke with Natalie Shmulik, chief executive officer of the Chicago food incubator The Hatchery, who advised him to simply make and sell onigiri himself, and focusing on the food as a lunch item and not a breakfast food.

This was at the beginning of 2020. Shortly afterward, as the COVID-19 pandemic grew more severe, Katsuyama found himself with more time on his hands during the subsequent stay-at-home order. To keep himself busy he started to create the components of his business, called Onigiri Shuttle Kororin: recipes, a website, package design, a guide for eating onigiri, and a business plan, all of which derived from his training at both ID and Stuart School of Business.

“Entrepreneurship books often talk about starting lean startups, but I think designers have great strengths for creating a lean startup,” says Katsuyama. “I could design everything by myself; a strength of designers is being able to prototype and test ideas on small budgets. And since I was working on my M.B.A., I didn’t need to hire anyone to develop the business plan. I could do everything to start a business by myself.”

Using the test kitchen at The Hatchery and ingredients procured at the local grocery store, Katsuyama began making onigiri and taking pre-orders online for pickup the next day. Instead of relying on third-party delivery services that take steep commission cuts (Uber Eats, for example, takes 30 percent), Katsuyama began designating pickup locations for his customers in Chicago, which he drove to in his own personal car. Initially, Katsuyama was concerned about competing with the immediacy and convenience of Uber Eats, but he found, to his surprise, a very receptive audience.

“Somehow it works,” says Katsuyama. “I think people are excited about planning their lunch and picking up food and talking with us, learning how we do business, especially since so many people are stuck at home right now.”

“I felt this momentum,” he adds. “The first day we only had five customers and all of them were my friends; it was kind of a miserable moment. But after a week it started picking up. The next week we had 20 customers a day. And then the following week we had maybe 30 customers a day, then 40 the week after. It kept increasing really quickly. We were getting great feedback, and people were sharing our product on their Instagram pages.”

Katsuyama is no longer the sole employee of Onigiri Shuttle Kororin; a fellow ID colleague, Cristina Tarriba (M.Des. ’20), has come onboard as a co-founder, and the two now work with an intern. In addition delivering to the startup’s regular shuttle locations, Tarriba has helped Onigiri Shuttle Kororin partner with Chicago businesses such as Topdrawer and Hopewell Brewing Company to sell onigiri in their storefronts, a mutually beneficial setup that helps distribute Katsuyama’s product while driving additional traffic to area businesses.

As Katsuyama’s business continues to find acclaim––recently he and Onigiri Shuttle Kororin were featured in Chicago Reader––he will continue to further refine and expand upon his onigiri business model. Working closely with Stuart professor Nik Rokop and ID professors Martin Thaler and Mark Jones in independent studies during the spring 2021 semester, Katsuyama will prototype and refine––based on user feedback––a mobile convenience store that mimics the Japanese convenience store experience by driving to various neighborhoods in Chicago, and will sell onigiri alongside a host of other Japanese snacks and beverages.

“I will continue this business after I graduate with this new delivery model,” says Katsuyama. “COVID-19 has caused the food industry to change drastically, and so I believe this is the right direction for my business.” 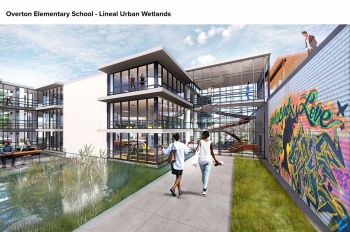 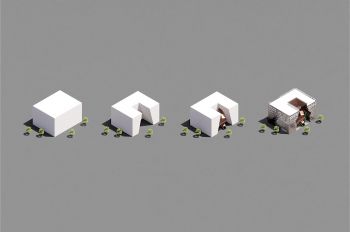 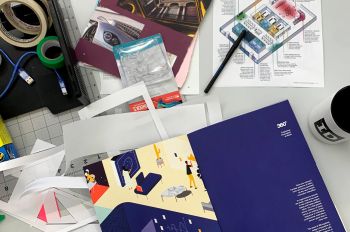 Designing a Return to a More Inclusive Workplace